Despite no trains currently travelling to western Europe, thousands of refugees have stormed a train to safeguard their way out of Hungary. 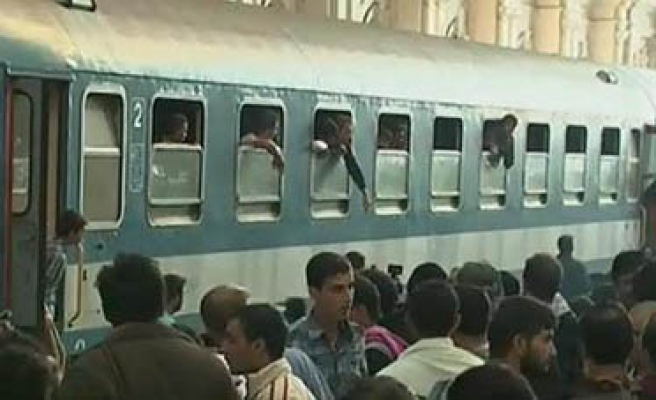 Hundreds stormed a train, cramming children through open windows in the belief they might travel west to Austria and Germany. Hungary's main railway operator, however, said there were no direct trains leaving to western Europe.

"Attention please, on Track 8 the train does not depart. Please get off the train," the station said over intercom.

There was no immediate word about why the police withdrew.

Over 2,000 migrants, many of them refugees from conflicts in the Middle East and Africa, had been camped in front of the Keleti Railway Terminus, closed to them by authorities saying European Union rules bar travel by those without valid documents.

The standoff has become the latest symbol of Europe's migration crisis, the continent's worst since the Yugoslav wars of the 1990s.

The police withdrawal at the station coincided with the start of a special parliamentary session to debate tightening migration laws and punishment for those caught trying to breach a 3.5-metre high fence Hungary is building on its border with Serbia.