Refugees to be returned from Greece to Turkey from Sunday

'Deal with Turkey approved. All illegal refugees who reach Greece from Turkey as of March 20 will be returned,' Czech PM says 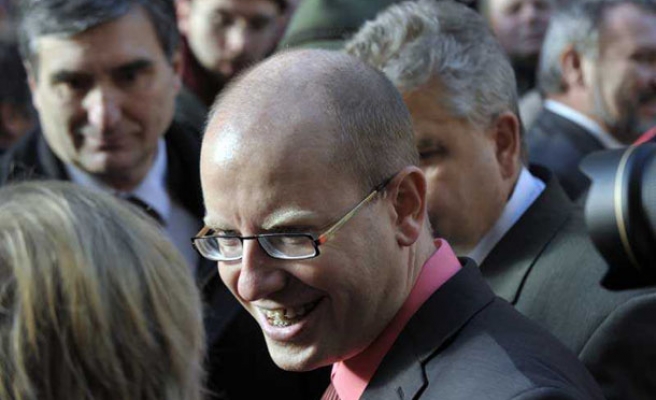 All refugees arriving in Greece from Turkey starting Sunday will be sent back under a new deal sealed at a Brussels summit Friday, Czech Prime Minister Bohuslav Sobotka said.

"Deal with Turkey approved. All illegal refugees who reach Greece from Turkey as of March 20 will be returned!" Sobotka wrote on Twitter.

The confirmation came as EU leaders reached a deal with Turkish Prime Minister Ahmet Davutoglu designed to stem the huge influx of refugees to Europe fuelled by the conflict in Syria.

Under the terms of the plan, the European Union would take in one Syrian refugee from Turkish soil in exchange for every Syrian readmitted to Turkey from Greece.

The scheme is intended to discourage the refugees from risking their lives in smugglers boats.

In return, Turkey has demanded an acceleration of its long-stalled bid for EU membership, the doubling of refugee aid and visa-free travel in the EU for its 78 million citizens.