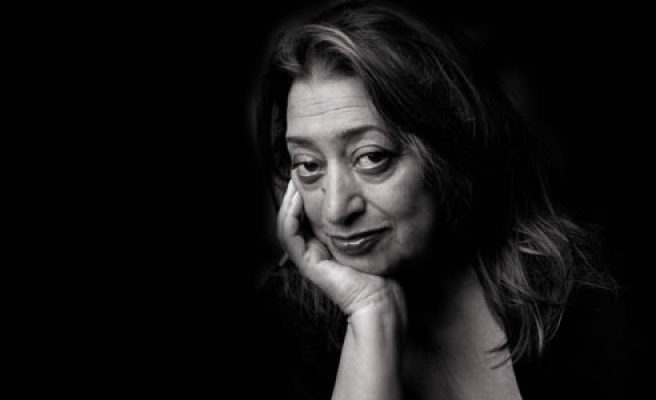 The world's most famous female architect Zaha Hadid, whose works include the aquatics centre used in the 2012 London Olympics, died aged 65 on Thursday from a heart attack, her company said.

"It is with great sadness that Zaha Hadid Architects have confirmed that Dame Zaha Hadid died suddenly in Miami in the early hours of this morning," said the statement from the firm.

“She had contracted bronchitis earlier this week and suffered a sudden heart attack while being treated in hospital,” the statement added.

Her buildings were always talking points, and sometimes controversial. The Dongdaemun Design Plaza in Seoul was compared by detractors to an ugly spaceship that had made an emergency landing. Last year the Japanese government revoked her commission to build the stadium for the 2020 Tokyo Olympics amid spiraling costs.

Born in Baghdad in 1950, she studied mathematics at the American University of Beirut before heading to London to study in 1972.

She became the first woman to be awarded the Pritzker Architecture Prize and twice won Britain's most prestigious architecture award, the RIBA Stirling Prize, in 2010 and 2011.

Queen Elizabeth II honoured her with a damehood in 2012, and only last month she became the first woman in her own right to be awarded RIBA's Royal Gold Medal.

"Surely her work is special," renowned architect Peter Cook said on presenting the award. "For three decades now, she has ventured where few would dare."

"How lucky we are to have her in London," he added. "Our heroine."