Hundreds of residents fled their homes and police said a state of emergency had been declared in five small villages. 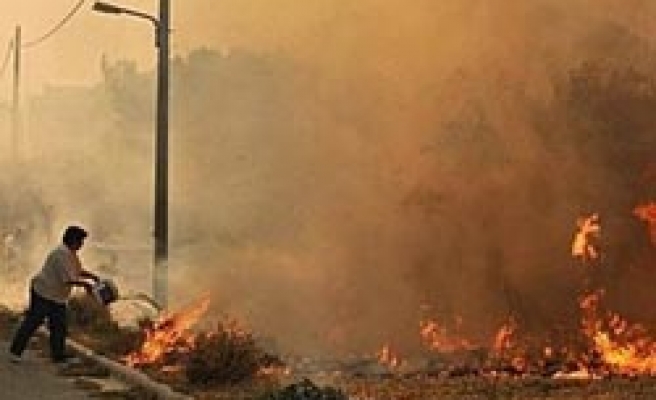 A wildfire raged unabated near the Greek commercial hub of Patras on Wednesday, threatening homes and prompting the evacuation of a small village and a university, officials said.

More than 120 firefighters with dozens of fire engines, eight aircraft and two helicopters battled the flames fanned by gale force winds in the southern Peloponnese region.

Hundreds of residents fled their homes and police said a state of emergency had been declared in five small villages. The fire brigade said it would reinforce the teams on the ground.

"It's a difficult one - the flames are very close to homes," said a fire brigade official, speaking on condition of anonymity. "We are doing everything we can."

The blaze broke out in the early hours of Wednesday in a forest about 8 km (5 miles) from port city Patras, a strategic hub connecting Greece and the Balkans with Italy and the rest of Western Europe.

Live television pictures showed a thick cloud of black smoke billowing into the air as the fire tore through rural land.

Wildfires are frequent in Greece during the summer, often due to soaring temperatures and strong winds, drought or arson.