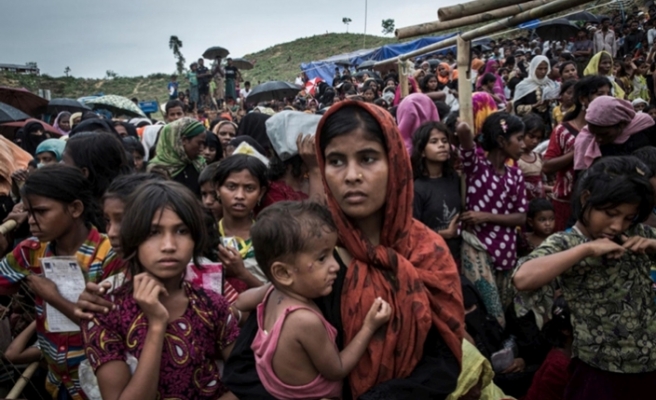 In a written statement, the London-based human rights agency said: “With atrocities continuing against the Rohingya and other Burmese minorities, these sanctions are an important step, but more clearly needs to be done – this includes the EU extending its sanctions to Senior General Min Aung Hlaing, named by the recent Fact-Finding Mission.”

On Monday, the Council announced that it intends to adopt additional restrictive measures against senior military and border guard police officers in Myanmar for human rights abuse.

It also expressed the need for an independent mechanism to further investigate the issue and initiate criminal proceedings in accordance with jurisdiction of the International Criminal Court.

The human rights group termed the Council’s decision -- which also explore sanctions against entities, particularly companies linked to the military leadership -- as a “potential game-changer in the punitive approach taken by the international community.”

The BHRN particularly hailed the European Council’s decision "to adopt additional sanctions against senior military and border guard officials complicit in what the U.N. has now found likely constituted an act of genocide against the Rohingya people."

The EU leadership has played a key role with its efforts in the UN’s Human Rights Council and in the General Assembly’s Third Committee.

“But now is the time for the EU to step up these efforts, including through helping ensure the newly mandated independent mechanism, which will investigate and prepare trial-ready cases, is able to be fully funded to get to work.

“This week’s Fifth Committee negotiations in the General Assembly are crucial in this regard and the EU, OIC, and others must stand strong in the face of any attempt to gut the mechanism of its proposed funding,” the statement added.

According to Amnesty International, more than 750,000 Rohingya refugees, mostly women, and children have fled Myanmar and crossed into Bangladesh after Myanmar forces launched a crackdown on the minority Muslim community.

The UN has documented mass gang rapes, killings -- including of infants and young children -- brutal beatings and disappearances committed by Myanmar state forces.