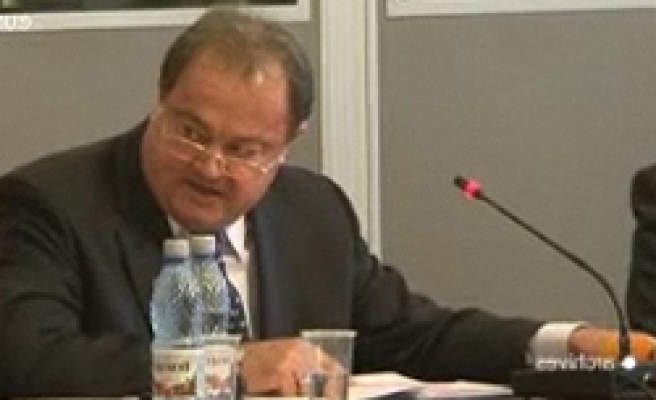 Blaga's move underscores deepening problems in implementing tough policies needed to keep an international bailout on track. The government faces a likely veto of its pension reforms by Romania's top court on Wednesday.

The European Union's second poorest state, which has a 20 billion euro aid package led by the International Monetary Fund, must lower its gaping budget deficit to 4.4 percent of gross domestic product (GDP) next year and to 3 percent by 2012.

Up to 6,000 policemen, or one tenth of Romania's forces, staged their protest on Friday.

President Traian Basescu said part of the protest was illegal.

"I still do trust all of the ministry's structures," Blaga told reporters. "Policemen have the right to protest but only in a way that doesn't breach the law."