Romania sends ambulances to Moldova in tug-of-war with Russia

The Romanian government is unapologetic, saying even though it sees Russia as a serious security threat, it will step up a battle that is, for now, economic rather than military 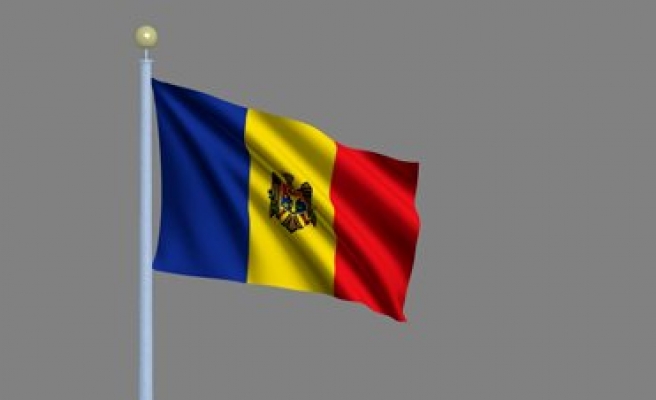 A stone's throw from the mounted T-34 Soviet tank in the centre of this Moldovan city is an emergency ambulance service set up by Romania, one of several soft power moves to steer its eastern neighbour away from Moscow's orbit.

Wary of Russian intentions after Ukraine lost control of Crimea and much of its east to Russian-backed forces last year, Romania is trying to bring Moldova towards the European Union.

Its sweeteners, the ambulances, as well as offers of cheaper gas supplies and closer trade ties, have been warmly welcomed by impoverished Moldova's two-month-old pro-European government.

Some locals are wary of Romania's intentions, but many are grateful in this corner of Moldova, where villagers trudge along muddy, unpaved roads and western cars like the red, Volkswagen ambulances are novel enough to win salutes from their children.

"People calling 903 for an ambulance ask us to send them the red cars with the red men," said 35-year-old Ion Picalau, a rescue captain with the newly-created ambulance service in Balti, about 60 km east of the Prut river border, who trained for the job for six months in Romania.

Moscow has warned Moldova that its drive for closer ties to Europe could cause it to lose control of Transnistria for good, just as Ukraine lost Crimea, and lead to more costly gas from Russia, its main supplier.

The Romanian government is unapologetic, saying even though it sees Russia as a serious security threat, it will step up a battle that is, for now, economic rather than military.

"(Russia's) main weapon is neither warplanes, nor its tanks or its frigates. It is energy," Prime Minister Victor Pontasaid in a televised interview with local media in November. He has vowed to press ahead with a gas pipeline toMoldova.

Among the people of Moldova, divided into several ethnic groups with varying allegiances, Romania's actions have met a mixed reaction, with some seeing them as a bulwark against Russia and others worried Romania may try to swallow Moldova up.

Part of Tsarist Russia for a century, Moldova joined what was known as Greater Romania after the First World War but was annexed by the Soviet Union in 1940.

It is now split between a Romanian-speaking majority and the breakaway region Transdniestria, propped up byRussia in one of a series of "frozen conflicts" that have kept separatist regions in several former Soviet republics under Moscow's wing.

Moldovans can now travel visa-free to Europe's Schengen zone and to wean them from Russian gas, Romania has built a 43 km (27 mile) pipeline across the border, inaugurated last year on the 23rd anniversary of Moldovan independence from the Soviet Union.

The project will initially cover about five percent of Moldova's energy needs, and Romania plans to extend the pipeline to the Moldovan capital Chisinau, offering gas for 1,010 lei ($263) per 1,000 cubic metres, excluding transport fees which are still under negotiation.

That compares to the Russian price of more than $300.

Romania funded about three-quarters of the initial pipeline's 26 million euro cost and is expected to fund the extension while Chisinau is seeking international financing for the pipeline. Critics note that gas has yet to flow and question whether the line to Chisinau will ever be built.

Candu estimated the extension's overall joint costs at 200 million euros, with 120 million to be invested by Romania.

Romania's emergency ambulance and rescue service, developed in the early 1990s by Raed Arafat, a Syrian-born doctor of Palestinian origin, will soon straddle the border.

As well as training up Balti's medical workers, Romania donated five ambulances to the city and rescue helicopters, based in Romania, will soon fly across the border, taking victims to Chisinau, or, if they have dual Romanian-Moldovan citizenship, possibly to Iasi.

"There has been strong political will from the two prime ministers to achieve this," Arafat, who is also Romania's deputy interior minister, told Reuters.

Romania has also donated buses and books to Moldovan schools. It has given passports to 500,000 Moldovans since the country's independence in 1991 and sponsored Moldovans, including Economy Minister Candu, to study inRomania.

Such help plays well with Romanians, three-quarters of whom support reunification with Moldova, a country of 3.5 million sometimes referred to by its historical name Bessarabia.

Graffiti and stickers advocating reunification adorn walls, lamp-posts and trains across Romania, and February saw the creation of a cross-party group in parliament to lobby for it.

In Moldova, however, only a fraction of MPs openly support reunification and the country's large number of left-leaning voters also oppose closer ties with the EU.

"The people on the other side of the Prut river in Romania are our blood brothers, so I think their help is sincere," said Vasile Braghis, a 45-year-old Moldovan businessman.

"But ... the overwhelming majority of the population support the continuing statehood of Moldova."

Joining the EU could be a long drawn out process. The new European Commission team says it does not envisage new members within the next five years. For Moldova to reach candidate status it would need to meet criteria on human rights, the rule of law and be seen as a functioning market economy.

Petr Neikovcchen, 51, town hall official in the Gagauz region in southern Moldova, says minorities such as Bulgarians, Gagauz, Ukrainians, Russians and Bulgarians felt threatened by growing ties with Romania and were lukewarm about the EU.

"We Bulgarians and Gagauz consider integration with the EU a complicated process that will take decades, whereas cooperation with Russia is a reality, achievable tomorrow," he said.