Romania under fire after president suspended 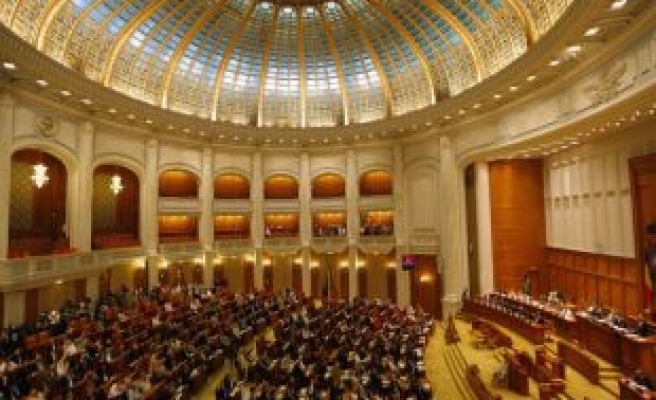 The Council of Europe has asked constitutional experts to examine Romania's suspension of its president after Germany and the United States criticised the action by the ruling leftist alliance, saying it threatened the rule of law.

"I am very concerned about the recent developments in Romania, especially about actions taken by the government and the parliament in respect of key democratic institutions," the council's Secretary-General Thorbjorn Jagland said.

"“I have requested an opinion from the Council of Europe's Commission for Democracy through Law - of which Romania is a member - on whether these actions are compatible with democratic principles and the rule of law."

Romania's parliament suspended President Traian Basescu on Friday, ruling he had overstepped his powers and setting the stage for an impeachment referendum on July 29.

The dispute between the leftist alliance of Prime Minister Victor Ponta and his right-wing rival Basescu has pushed the currency to a record low, increased borrowing costs and raised doubts about Romania's IMF-led aid deal. It has also raised concern about respect for the law and constitution.

Ponta, himself under pressure to resign over plagiarism charges, took office in May and has taken a series of steps to increase his party's power in a country that is the second-poorest member of the European Union and is relying on IMF aid to recover from a deep recession.

His Social-Liberal Alliance (USL) has backtracked on a plan to replace Constitutional Court judges in response to international criticism, but has issued emergency decrees that take immediate effect before the court can rule on them.

German Foreign Minister Guido Westerwelle told a German Sunday paper he was concerned political conflicts were being conducted in Romania at the cost of “"fundamental European values" and said the German government would “not ignore such developments in Europe. He also questioned the further integration of Romania into the European Union.

"“Serious violations of the letter and spirit of the European community of values would raise questions over how adapted Romania was to carrying out the last steps to complete integration within the European Union," he told the Frankfurter Allgemeine Sonntagszeitung.

Ponta will travel to Brussels next week for talks with European Commission President Jose Manuel Barroso.

The U.S. State Department said in a statement: "“We are concerned about recent developments occurring in Romania, our NATO ally and partner, which threaten democratic checks and balances and weaken independent institutions such as the courts.

"“As the government contemplates the serious step of removing Romania's head of state, we urge that the process be conducted in a fully fair and transparent manner, with scrupulous respect for the rule of law and democratic ideals."