Victor Ponta appeared at the High Court of Justice for a preliminary hearing in his trial on charges of fraud, tax evasion and money laundering 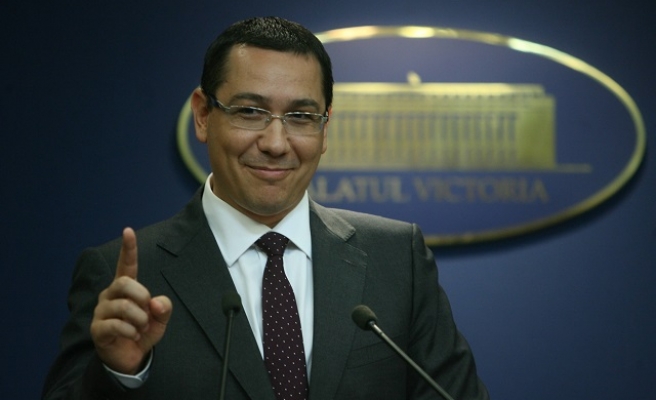 Victor Ponta, who quit as Romania's prime minister this week after mass anti-government protests, made his first court appearance Friday on corruption charges.

The 43-year-old, who resigned on Wednesday after huge street protests sparked by a deadly nightclub fire, appeared at the High Court of Justice for a preliminary hearing in his trial on charges of fraud, tax evasion and money laundering.

The former Social Democrat leader, who denies the charges, ignored questions from the large media scrum that greeted him at court.

Friday's hearing was focused on procedural matters and dealing with lawyers' requests, a High Court spokesman said. No date has yet been set for the start of the trial, which is expected to open in the coming weeks.

Prosecutors also suspect Ponta of conflict of interest while in government, but that probe was stymied when parliament -- where his Social Democrat party holds a comfortable majority -- refused to lift his immunity from prosecution.

While he is no longer premier, Ponta remains a member of parliament and continues to enjoy immunity.

Despite his troubles with the law, Ponta had previously ruled out resigning.

But last week's fire at a Bucharest nightclub -- which left 32 dead and nearly 200 injured -- prompted tens of thousands of people to take to the streets demanding a "profound change" in the government as a wave of grief and anger swept the country.

Many protesters saw the tragedy at the Colectiv club as a sign that nothing has changed in one of Europe's poorest and most corruption-prone nations. The venue was not authorised to hold concerts or stage the pyrotechnic display that sparked the fire.

Ponta's resignation has failed to stop the protests and some 10,000 demonstrators, most of them young, took to the streets of Bucharest on Thursday, the third night running.