The company described the news as a "corporate housecleaning exercise" linked to the announcement in June that News Corp would split into two separate companies: a smaller publishing division and a much larger entertainment and TV group. 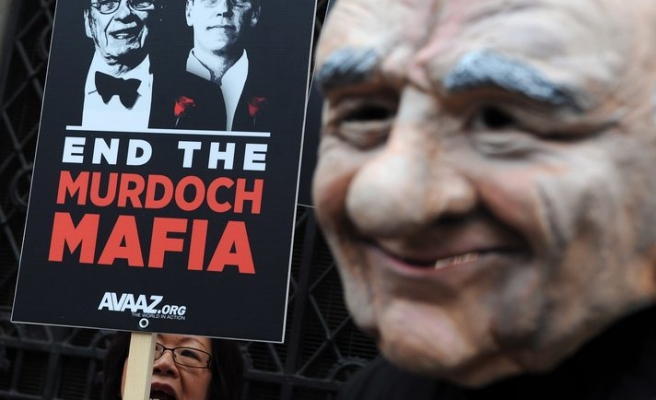 News Corp's Rupert Murdoch has stepped down from a string of boards overseeing the Sun, Times and Sunday Times newspapers in Britain, the company said in an internal memo on Saturday.

The company described the news as a "corporate housecleaning exercise" linked to the announcement in June that News Corp would split into two separate companies: a smaller publishing division and a much larger entertainment and TV group.

But the news is also likely to reignite speculation that News Corp could be preparing to sell the titles, following a phone hacking scandal at the now defunct mass-circulation News of the World that has damaged Murdoch's reputation in Britain.

The revelations of sustained criminality prompted an influential parliamentary committee in May to describe Murdoch as unfit to run a major company.

"Last week, Mr. Murdoch stepped down from a number of boards, many of them small subsidiary boards, both in the UK and U.S. This is nothing more than a corporate housecleaning exercise prior to the company split," a spokeswoman said.

As part of the plan, the $53 billion media conglomerate will be split into two publicly traded companies, with the Murdoch family retaining control of both.

"I wanted to let you know that Rupert Murdoch has resigned as director of a number of companies, including NI Group Limited, known to most of you as News International, and Times Newspapers Holdings Limited," Tom Mockridge, the head of News International, said in the email, seen by Reuters.

"As you may be aware, Rupert resigned from a number of UK boards, including News Group Newspapers and Times Newspapers Limited, some time ago. He has also stepped down from more than a dozen boards of companies with interests in the U.S., Australia and India."

Mockridge said Murdoch remained fully committed to the business as chairman of what would become the largest newspaper and digital publishing group in the world.

Speculation had risen in the last year that News Corp could seek to sell the British papers, following pressure from shareholders over a scandal that also forced the group to cancel its planned acquisition of the whole of the lucrative pay-TV group BSkyB, which would have been the biggest deal in News Corp's history.

The announcement in June to split the business was seen as a clear signal that the group was distancing itself from its newspaper roots.