NATO has stepped up joint exercises, and offered additional reinforcements and a temporary rotation of forces in eastern Europe to reassure members in the region worried by the crisis in Ukraine 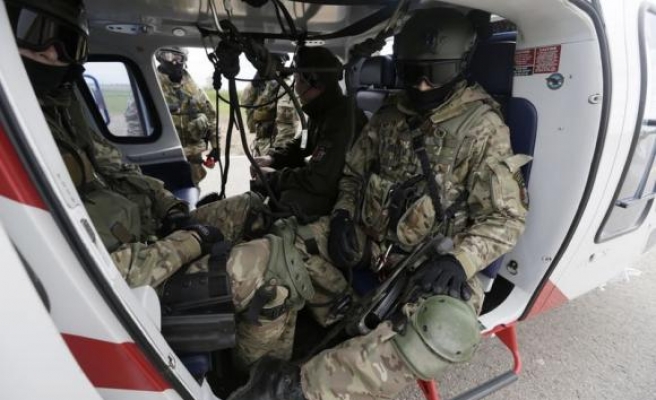 Russia accuses NATO of encroaching on it by strengthening ties with east European countries that used to be dominated by the Soviet Union and Moscow has increasingly flexed its military muscle this year as ties with the West soured over Ukraine.

"What are NATO's Allied Commander Europe, Philip Breedlove, and others doing? They are trying to destabilise the most stable region in the world - northern Europe," Meshkov told the agency in an interview.

"The endless military exercises, transferring aircraft capable of carrying nuclear arms to the Baltic states. This reality is extremely negative."

He added: "The Russian authorities are and will be taking every step to firmly safeguard the security of Russia and its citizens ... no matter which part of our country it concerns."

NATO has stepped up joint exercises, and offered additional reinforcements and a temporary rotation of forces in eastern Europe to reassure members in the region worried by the crisis in Ukraine, where Moscow backs separatist rebels.

Asked to comment on Meshkov's remarks, the U.S. ambassador to NATO told a news conference in Brussels that such measures were meant to demonstrate to members that the alliance is committed to mutual self-defence.

"When you look at the scale and scope of these assurance measures it's really quite a stretch to consider they are provocative in any way," he said.

Ties between the Kremlin and the West took a dive earlier this year after Moscow annexed the Crimea peninsula from Ukraine, prompting the United States and the European Union to impose sanctions on Russia.

After Russian special forces won control of Crimea, unrest spread to two regions in east Ukraine where the West says Moscow is providing money, arms and troop reinforcements for the separatist rebel fighters there.

"If you look at the scale of Russian activities in Crimea, first in Crimea and now in southeastern Ukraine, it's quite evident that they are destabilising," Lute said.