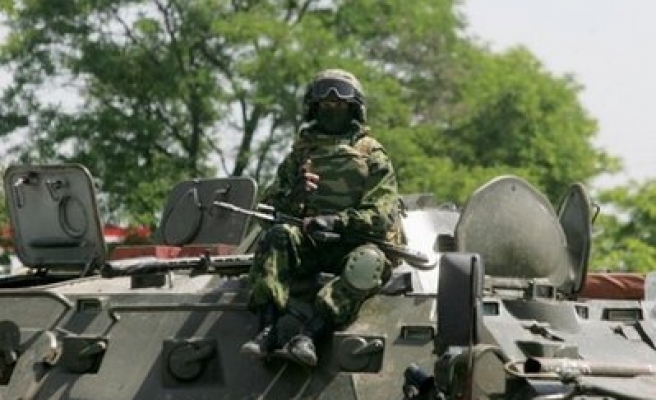 Former defence minister Anatoly Serdyukov, seen as one of Vladimir Putin's most loyal courtiers until his sacking as part of the president's anti-corruption campaign, has been amnestied, according to Interfax news agency.

Serdyukov was dismissed in November 2012 after investigations into suspected fraud in the cheap sale of Defence Ministry property to insiders. He was suspected of negligence in using government funds for a private road.

The case against the former minister has been seen both as the most high-profile example of an anti-corruption campaign launched by Putin, and also as a sign of infighting within Russia's elite.

Kremlin critics say Putin's campaign against corruption has proved as fruitless as a string of similar actions launched by predecessors reaching back to Soviet times. Corruption is a serious problem afflicting Russian commerce and politics.

Serdyukov ordered a battalion of railway troops to build a road to the Zhitnoye holiday resort on an island in the Volga River in the southern region of Astrakhan, investigators have said. Conscripts were told to carry out landscaping work on the island and the road was to be used only by a private company.

Serdyukov's alleged offence is punishable by up to three months in jail or a year of "corrective work" or community service. He denies any wrongdoing.

He had applied for amnesty under a law passed to mark the 20th anniversary of Russia's constitution, and the request was granted almost immediately, Inferfax quoted a source with knowledge of the situation as saying.

Russia's amnesty law, passed in December, was widely seen as a step to improve Russia's international image in advance of last month's Sochi Winter Olympics. Those released under the act included members of the opposition punk band Pussy Riot, and 30 people arrested for a Greenpeace protest against an oil platform in the Arctic Sea.