Russia announced it would hold more military exercises in 2015 than this year -- including one in the Central military district that includes Moscow, and another involving Belarus. 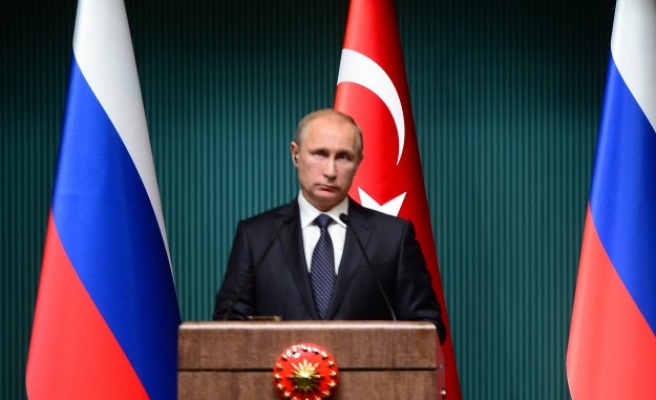 Russia accused NATO on Monday of destabilising northern Europe and the Baltics by carrying out drills there and announced new military exercises of its own, increasing tension over the Ukraine crisis.

NATO responded by blaming Moscow for instability in the region, while British Foreign Secretary Philip Hammond said he was concerned by "extremely aggressive" probing of Britain's air space by Russian planes.

"It is entirely appropriate for NATO countries in particular to work together to respond to what is a change of Russia's dealings with NATO and indeed the non-NATO European countries," he told a parliamentary committee in London.

Russia announced it would hold more military exercises in 2015 than this year -- including one in the Central military district that includes Moscow, and another involving Belarus.

NATO says it has beefed up defences of its members since Russia seized Ukraine's Crimea peninsula in March and began backing separatists in parts of Ukraine the Kremlin now calls "New Russia". At least 4,300 people have died in the conflict.

Throughout the Ukraine crisis, Moscow has accused the Western military alliance of promoting instability and has staged war games at critical junctures.

"They are trying to destabilise the most stable region in the world -- northern Europe," Russian Deputy Foreign Minister Alexei Meshkov said of NATO in an interview with the Russian news agency Interfax. "The endless military exercises, transferring aircraft capable of carrying nuclear arms to the Baltic states. This reality is extremely negative."

NATO says Russia has sent troops and weapons to Ukraine in recent days to aid the pro-Moscow separatists in violation of a ceasefire. Moscow denies sending troops, although many of its soldiers have died there.

"We see a significant military buildup in and around Ukraine," NATO Secretary-General Jens Stoltenberg said in Brussels. "Large transfers of Russian advanced weapons, equipment and military personnel to violent separatists."

Most former Communist countries of Eastern Europe have joined NATO since the 1990s, although the three Baltic states Latvia, Lithuania and Estonia are the only parts of the former Soviet Union itself to join. Ukraine is not a NATO member.

NATO said in late October that British, Danish, German, Norwegian, Portuguese and Turkish planes had all intercepted Russian air craft in a flurry of incidents.

The U.S. ambassador to NATO said on Monday additional measures taken by the alliance were defensive.

"If you look at the scale of Russian activities in Crimea, first in Crimea and now in southeastern Ukraine, it's quite evident that they are destabilising," the envoy, Douglas Lute, told a news conference in Brussels.

Lithuanian Foreign Minister Linas Linkevicius told Reuters that Russia was to blame for instability by "carrying out aggression against its own neighbour" in Ukraine. The Latvian and Estonian defence ministries expressed concern about Russia's "increased activity in the Baltic Sea region".

Ukraine said on Sunday a convoy of 106 vehicles had entered its eastern territory from Russia. A Ukrainian military spokesman, Andriy Lysenko, said on Monday Russian special forces were now taking part in attacks on Donetsk airport in the east.

Foreign Minister Pavlo Klimkin said in an interview that Europe and the United States should begin supplying arms to his country, as this would deter the rebels.