Ukraine's interim government has already accused Russia of deploying 6,000 soldiers in unmarked uniforms to occupy the Crimean peninsula, which Kiev has called a 'provocation.' 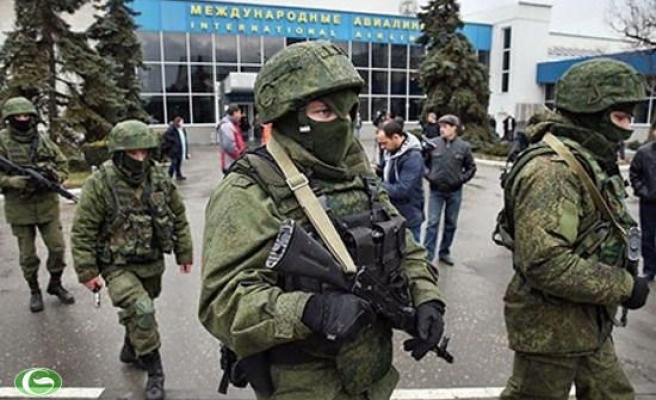 Russia's upper house parliament has approved the request of Russian President Vladimir Putin after he asked to send armed forces to Ukraine's Crimea region, the Kremlin said in a statement on Saturday. The upper house has also called on Putin to recall the Russian ambassador to the U.S.

Earlier in the day, Russia's lower house of parliament asked Putin to use "to take measures to stabilise the situation in Crimea and use all available means to protect the people of Crimea from tyranny and violence".

Ukraine's interim government has already accused Russia of deploying 6,000 soldiers in unmarked uniforms to occupy the Crimean peninsula, which Kiev has called a 'provocation,' while the U.S., the U.K., France and Germany have urged Russia to refrain.

Ukraine's acting president Olexander Turchynov signed a decree earlier on Saturday declaring the appointment of pro-Russian Sergiy Aksyonov as the new prime minister in the autonomous Crimea region illegal. Aksyonov openly called on Russia to 'help' the predominently ethnic Russian region of Crimea, which will hold referendum on its status in Ukraine on March 30.

Aksyonov was ushered in as Crimea's new prime minister in an emergency local parliament meeting this week, after former Ukrainian pro-Russian president Viktor Yanukovich's government in Kiev collapsed under the pressure of pro-EU protesters, which started in November.

Armed men stormed the Crimean parliament, raising a Russian flag, on Thursday before occupying airports on Friday. Pro-Russian protesters have also raised the Russian flag on the government building in Donetsk, as Ukraine looks ever likely to split along pro-EU and pro-Russian lines.

EU foreign ministers are said to be gathering in Brussels to discuss the latest developments in Ukraine after calling an emergency meeting.

RUSSIAN CITIZENSHIP TO BE GIVEN

Russian MPs from the pro-Kremlin A Just Russia Party have proposed new laws to make it easier for ethnic Russian citizens in some parts of Ukraine to get Russian citizenship.

Mikhail Yemelyanov, deputy leader of A Just Russia, said "In conditions where a neighbouring state is disintegrating I don't think the Russian Federation should be restricted in its ability to accept a territory whose people have expressed a clear will and desire to be in Russia."

A similar measure was put in place for people living in South Ossetia and Abkhazia, two regions in Georgia that came under Russia's control in 2008.

Referring to brown uniform wearing fascists in World War II, the bill states that the measures are aimed "at supporting the fraternal people of Ukraine, especially the Russian-speaking ones, who are defenceless in the face of the 'brown threat'."

Turkey’s Foreign Minister Ahmet Davutoglu stressed Saturday the importance of Ukraine’s territorial integrity, saying, "It is essential for us to protect the status of Crimea and strengthen the presence of Crimean Tatars in the region."

Ahmet Davutoglu, who is in Ukraine to hold official visits, and Ukraine’s lawmaker and former chairman of the Crimean Tatar parliament, Mustafa Jemilev, appeared in a press conference following a meeting with Ukraine's acting President Oleksandr Turchynov in Kiev.

Remarking that there are two reasons of Ukraine visit, Davutoglu stressed firstly the strategic relations between Turkey and Ukraine.

“Every development in Ukraine is our concern,” said the minister.

“It is our concern in terms of economic and political stability of the Black Sea, Eurasian peace and relations with Russia,” he added.

“Ukraine's domestic peace is important to us,” Davutoglu stressed.

“Crimean Tatars are the essential elements of the Crimea, they are owner of the land and they have the will to live in peace as equal citizens of Ukraine,” said Davutoglu.

“Turkey stands by Ukraine and would make every attempt to protect the rights of Crimean Tatars,” he added.