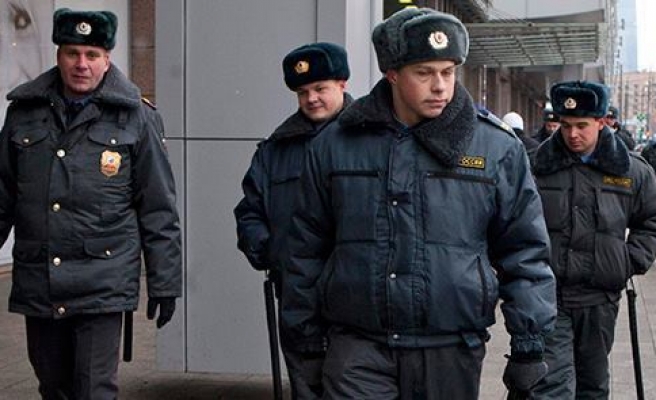 Russian investigators said on Thursday they had raided the library of Ukrainian literature in Moscow and detained its 58-year-old head, with ties between the two ex-Soviet neighbours in tatters.

She faces up to five years in prison.

He was involved in bloody protests that ousted Ukraine's Kremlin-backed leader Viktor Yanukovych in 2014.

"This is not the first attempt by the Kremlin to label all things Ukrainian 'Russophobic' and 'extremist,'" the Ukranian foreign ministry said late Wednesday.

The foreign ministry in Kiev said that Russian authorities had already looked for "extremist literature" in the library in 2010 and 2011.

"We call on the Russian authorities to halt pressure on the work of the library -- a cultural centre of a thousands-strong Ukrainian community."

The library was established by the government of Moscow to promote Ukrainian literature and had more than 6,900 patrons as of July 2013.

Ties between the two ex-Soviet Slavic nations collapsed after Russia annexed the peninsula of Crimea in March 2014 following the ouster of Yanukovych.

Afterwards Moscow extended support to Russian-speaking separatists in the east of Ukraine and was accused by the West and Kiev of sending in regular troops to prop up the insurgency. Russia denies the charges.