Russian President Medvedev issued a decree prohibiting the delivery of S-300 air defence missile systems and other weapons to Iran, the Kremlin said. 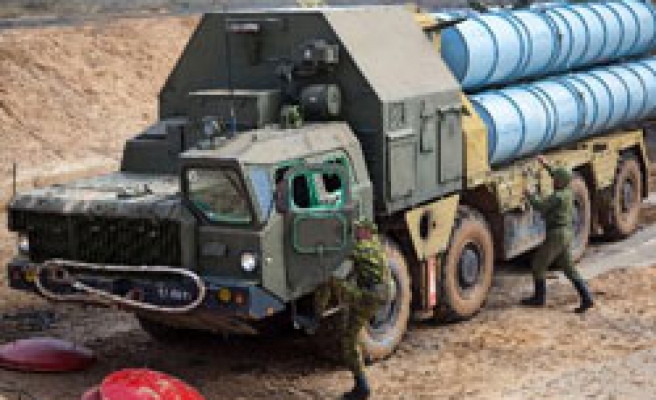 Russian President Dmitry Medvedev issued a decree on Wednesday prohibiting the delivery of S-300 air defence missile systems and other weapons to Iran, the Kremlin said.

The decree bars the delivery to Iran of "any battle tanks, combat armoured vehicles, large-calibre artillery systems, combat helicopters, military ships" and missiles covered by a U.N. register, as well as spare parts, the Kremlin said. It specifically prohibits the delivery of the S-300.

The decree also bans Iranian investments in commercial activity involving some nuclear material and includes lists of Iranians barred from Russia because of suspected links to nuclear or missile proliferation.

The decree was announced hours after Russia's armed forces chief of staff said the military was obeying government orders not to deliver S-300s to Iran -- the first direct confirmation from a senior official that the deal was frozen.

The timing of the decree could have been meant to add to pressure on Iran as major powers including Russia urged Tehran to persuade nuclear powers that its nuclear programme is purely peaceful.

Before that, Russian officials had made conflicting statements about whether the sanctions against Iran would prevent the sale.

The S-300 is a mobile, long-range air defence system that can detect, track and destroy ballistic missiles, cruise missiles and low-flying aircraft.

Iran announced a deal to acquire S-300s from Russia in 2007, and Russia has used it as a lever in diplomacy with Tehran and the West.