Dozens of people died in a fire and others were shot in fighting between pro- and anti-Russian groups on the streets of the Black Sea port on Friday. 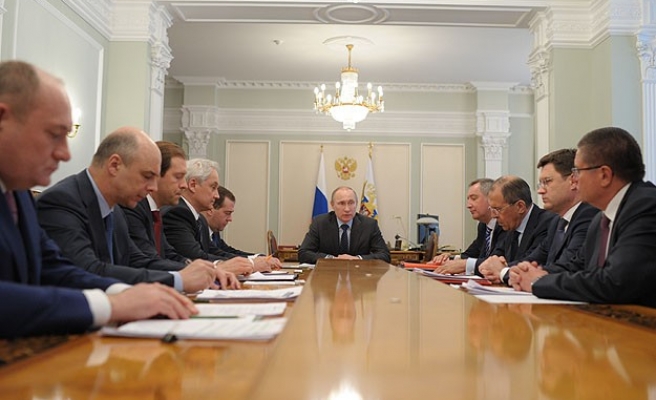 Rusian President Vladimir Putin's spokesman said on Saturday that both the Kiev authorities and their backers in the West were directly responsible for bloodshed in the Ukrainian city of Odessa, Russian new agencies reported.

"Kiev and its Western sponsors are practically provoking the bloodshed and bear direct responsibility for it," RIA Novosti quoted spokesman Dmitry Peskov as telling reporters.

Dozens of people died in a fire and others were shot in fighting between pro- and anti-Russian groups on the streets of the Black Sea port on Friday. In the east, Ukrainian forces launched an operation, condemned by Russia as "punitive", to dislodge separatists from the town of Slaviansk.

Asked how Russia will respond, Peskov said that he was unable to say what actions Russia would take.

"I cannot answer this question, this element is absolutely new to us," he said in comments quoted by Interfax.

Peskov said the violence made the Kiev authorities' plan to hold a presidential election on May 25 "absurd".

"It is obvious that in conditions of military action, a punitive operation and mass killings, it is, at the very least, absurd to talk about elections," RIA Novosti quoted him as saying.

"Russia, or anyone else, or even any country, has effectively lost influence over these people because it will be impossible to persuade them to disarm against the background of a direct threat to their lives," Peskov was quoted as saying.

He called for dialogue with European partners to help resolve the crisis.

"We understand that without dialogue with our European partners a resolution is practically impossible. But we cannot seek dialogue alone," Peskov said.

"President Putin, Russia will continue the policy aimed at de-escalation. We shall do whatever is possible and wherever it is possible so as to follow the de-escalation path step by step," Interfax quoted him as saying.