A Russian Chinese joint rocket launch system delivered to war zones will use a powerful drone system that can transmit data in real time. 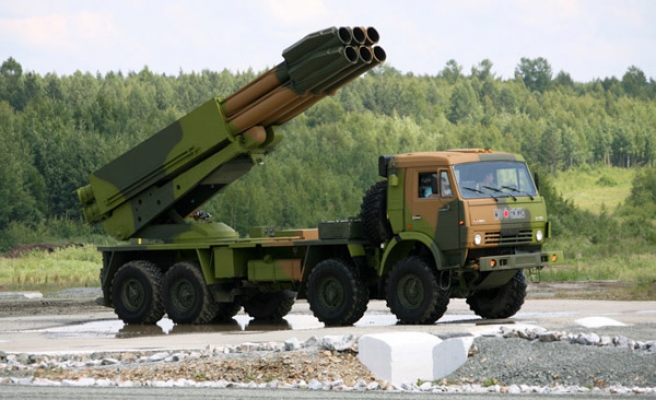 Russian and Chinese engineers have allied to develop the first-ever reconnaissance drone instantly delivered to battlefields as far as 90km away using a powerful projectile of a multiple launch rocket system according to a report in RT.

Development of a drone delivered within a 300mm MRLS rocket is underway at the Splav design bureau and production center in the Russian city of Tula. The center is an integral part of Russia’s Techmash Concern, a weapon developer and subsidiary of the state corporation Rostec.

Once deployed, the drone should be able to monitor the area for approximately 25-30 minutes, nad transmit date in real time  to an operational console in real time, Rytenkov said.

No information has been given regarding which part of the system is going to be designed in China.

Both Russia and China have 300mm MRLS systems in the inventory.

For Russia it is the BM-30 Smerch (Whirlwind), a 12-rocket system capable of firing rockets with up to 250kg payload to a distance of 90km.