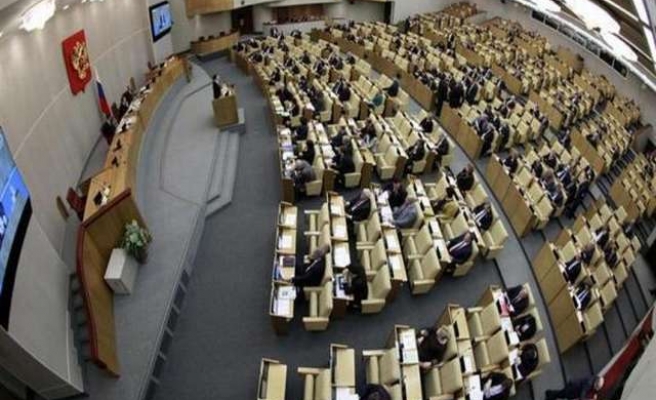 World Bulletin/News Report
Russia is cutting state spending by ten percent, as government revenue is sharply reduced due to the slide in the price of oil, Moscow business daily Vedomosti reported on Monday.

Russian ministries will receive 90 percent of their budgeted funds, with certain exceptions for public regulatory functions.

The cuts would impact transportation programs as well as spending on space, aviation and the development of the Far East, the newspaper said.

Russia's 2015 budget is balanced on the assumption of selling oil at $95 per barrel - a price well above the current level hovering around $60. The Russian government receives more than half of its total income from taxes on oil revenues.

Russia's Finance Mnistry in December forecast that the Russian economy would fall into recession in 2015.

On Oct.14, President Vladimir Putin had said that his country may cut budget spending if oil prices continue to fall.

On Dec. 5, Putin acted by ordering a spending cut after oil prices plunged further and the Russian Finance Ministry predicted a recession next year.

Oil prices are in decline since June, and reached their lowest point in five years, at almost $60 per barrel mark in early December from $115 in June due to low global oil demand, and an overall increase in oil supply in the world.

The Central Bank of Russia on Thursday announced that it is raising its key lending rate to 10.5 percent.  The rate hike is intended to help control rising inflation, caused largely by the ruble's sharp decline in value against the major currencies, the central bank said in a report.

The ruble fell to a record low of 58.81 against the dollar on Monday.