'The aim of this restriction is to prevent organized illegal immigration,' Finnish president's office says 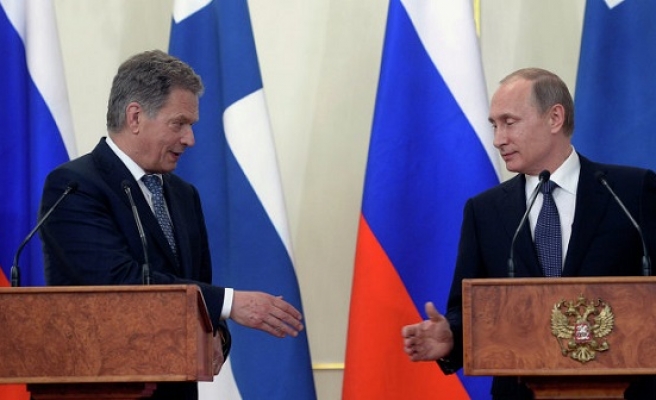 Russia and Finland have agreed Tuesday to temporary restrictions at two Arctic border crossings following an increase in refugees seeking asylum there this year.

Under a deal clinched by presidents Vladimir Putin and Sauli Niinisto in Moscow, crossings at the Salla and Raja-Jooseppi entry points will be reserved only for Finnish, Russian, and Belarusian citizens and family members for six months.

"The aim of this restriction is to prevent organized illegal immigration," the Finnish president's office said.

Finland's 1,340-kilometer border with Russia provided a relatively easy way for refugees to get into the European Union's passport-free Schengen area. Close to 1,000 asylum seekers entered Finland from Russia in the first two months of 2016, up from about 700 in all of 2015.

The Finnish government has said many of the migrants were Afghans or Indians and were not escaping war or persecution. Some had lived in Russia a long time.

Helsinki was worried the Arctic crossings could become a more popular route into the EU as the weather improves and the main Balkan route via Turkey and Greece gets harder to access.