Russia FM: US signals it wants to mend ties

Lavrov says Moscow is open to further dialogue, though it would also not 'beg' for better ties 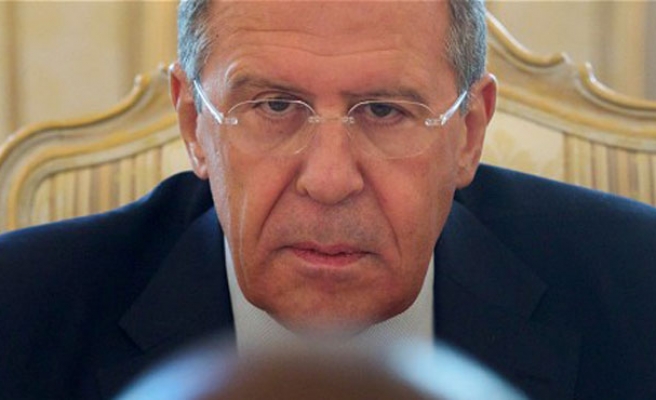 Russian Foreign Minister Sergei Lavrov said on Monday the United States has been sending "signals" that it wants to start mending ties with Moscow, badly strained over the past year and a half by the conflict in Ukraine.

The United States and European Union slapped economic sanctions on Russia last year after its annexation of Ukraine's Crimean peninsula and support for a separatist rebellion in eastern Ukraine.

Moscow, which denies arming the rebels, responded with its own counter-sanctions against Western countries.

But Russia and the United States have still cooperated in some other areas, notably in helping to broker a landmark nuclear deal last month with Iran.

Lavrov made clear Moscow was open to further dialogue, though it would also not "beg" for better ties.

"But if we receive a proposal to start, even gradually, restoring these channels, mechanisms for dialogue and cooperation that have been frozen by our American partners, I am sure ... we will agree to restore these channels," he said.

"We are already getting such signals from the Americans, though for now not very clear," Lavrov told a youth meeting.

As well as the Ukraine conflict, in which more than 6,500 people have been killed since April 2014, Washington and Moscow are at loggerheads over the Syrian crisis, human rights and trade and security issues.

However, Lavrov said last week that Russian President Vladimir Putin would "consider constructively" any request for a meeting with U.S. President Barack Obama when he travels to New York next month for the U.N. General Assembly.

Also last week, Putin said at a meeting with U.S. boxing champion Roy Jones Jr.: "We have had different kinds of relations at different times, but whenever America and Russia's higher interest demanded it, we always found the strength to build relations in the best possible way."