French proposal to limit use of veto at Security Council is 'populist' attempt, says Russian envoy 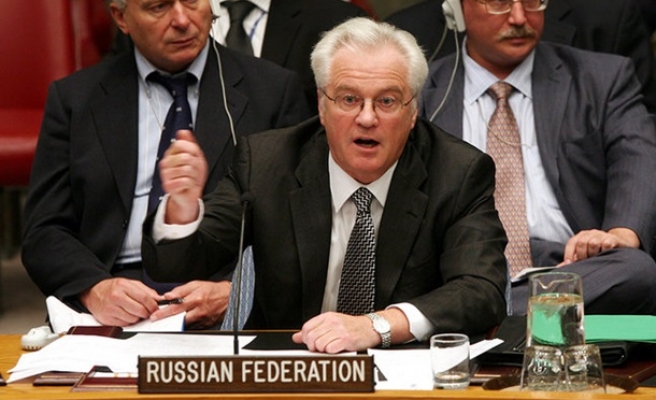 Russia will oppose a French proposal to limit the use of the veto at the UN Security Council in cases of recognized mass atrocities, the Russian UN envoy said Wednesday.

Russian Ambassador Vitaly Churkin, whose delegation holds the September presidency at the council, dismissed the French proposal as "populist" and said it did not present a "workable scheme".

“You cannot say every resolution proposed is a good one that would resolve a problem and not be used for political purposes," he told reporters in New York.

France has been lobbying for an agreement among the Security Council’s five veto-wielding permanent members -- Britain, China, France, Russia and the U.S. -- not to block resolutions when action is required to halt mass atrocities.

The proposal gained traction after Russia and China vetoed a resolution last year that would have referred the Syrian conflict to the International Criminal Court.

The French resolution would have called for an independent inquiry into alleged war crimes committed in the country, where a civil war has claimed at least 250,000 lives.

“We see it is a populist proposal. If France wants to limit its veto, they are welcome, but there are some permanent members, not just Russia, who understand how important it is as a tool,” he added.

The structure of the 15-member Council has faced criticism for the overriding influence of the permanent members, who were granted their seats -- and veto power --  because of their roles in the formation of the UN in 1945, as the victors of World War II.

Many have described the privileges held by the five permanent members anachronistic and far from representative of the cultural and geopolitical realities of the world.