Russia may place missiles in Kaliningrad

According to Russian Presidential Press secreteary, with US looking at upgrading nuclear weapons in Germany, the strategic balance will need to be balanced with Russia to take coutnermeasures 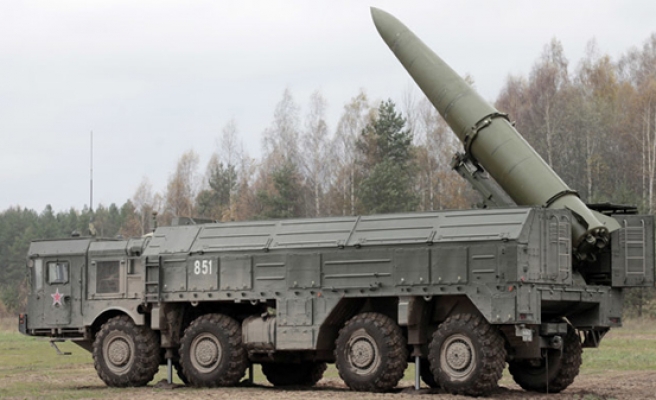 Russia may deploy Iskander ballistic missiles to its enclave of Kaliningrad if the United States upgrades its nuclear weapons in Germany, the Interfax news agency cited a military source as saying on Wednesday.

"A final decision well be taken after detailed analysis of the potential threat," the agency cited the source as saying.

"Certainly, it’s another, unfortunately, very serious step — towards exacerbating tensions on the European continent," the Kremlin official said. "Unfortunately, if this step is implemented — and we can say they are confidently advancing towards its implementation, it may disrupt the strategic balance in Europe and therefore will clearly make Russia take corresponding countermeasures to re-establish the balance," Peskov said. "It’s not a step towards strengthening stability, towards confidence building and enhancement of security in Europe," he said.