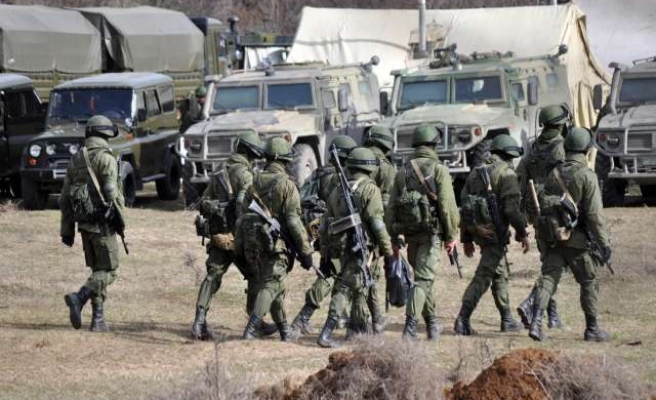 Russian military exercises in Crimea last week have raised concerns that Moscow is trying to militarize the peninsula, which it annexed from Ukraine nearly two years ago.

According to Anatoly Oktisyuk, a senior analyst at the International Centre for Policy Studies, the Kremlin aims to turn Crimea, already the long-standing home to Russia’s Black Sea fleet, into a military outpost.

“For Russia the priority is military targets, not people,” Oktisyuk told Ukraine’s Apostrophe News Agency. “And as for us, besides that Crimea is an occupied territory, we see military potential building up on the territory.

“This is an additional instability and, considering a possible confrontation with Turkey, these are the risks not only for us but for Crimean citizens, as well.”

Noting an increase in Russia’s procurement of military equipment over the past five years, Oktisyuk said several defense companies in Crimea received government orders from Russia in November.

This was confirmed by Crimea’s senior industry official, Constantine Ravitch, who said the list would grow bigger.

Western sanctions on Russia over the March 2014 annexation of Crimea and the Kremlin’s support for rebels in eastern Ukraine seem to have had little effect on President Vladimir Putin’s policy-making.

On Feb. 8 the Russian military began a large-scale drill to inspect the war readiness its troops.

Crimea’s deputy prime minister, Mikhail Sheremet, said all the participating troops had shown the necessary will against armed elements threatening Russian borders and promised to further develop the military power on the peninsula.

The spokesman for Ukraine’s National Security and Defense Council, Andriy Lysenko, said 8,500 Russian troops participated in the drill, along with 900 military vehicles, 50 ships and 200 aircraft.

The president of the Crimean Tatar National Assembly, Rifat Chubarov, said local men up to 50 years of age had been sent call-up papers by the Russian military.

“This is a training mobilization,” he said. “We cannot call it a general mobilization. However, this is something we must do.”

Residents across the peninsula have recently noticed a rise in military activity, with regular helicopter flights and movements of military vehicles.

Last month, Ukrainian President Petro Poroshenko said his government would bring Crimea and eastern Ukraine under control by the end of the year.

However, while the West has pinned its hopes on sanctions and diplomatic overtures, Russia seems to be ramping up its military muscle on Ukrainian territory.