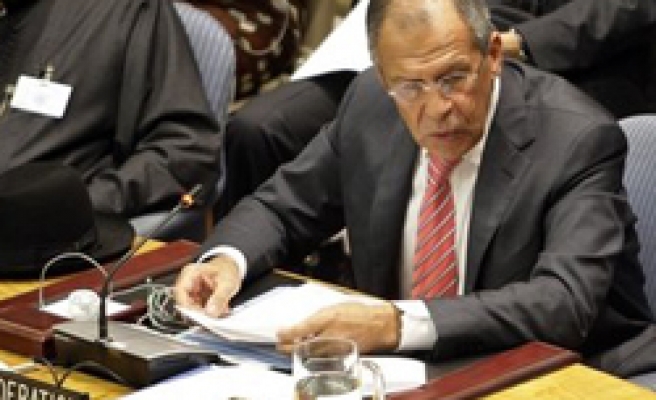 "They [unilateral sanctions] are a violation, even without mentioning the legal aspect of the issue," Interfax news agency quoted Lavrov as saying in an interview with the state-run Rossiya 1 television to be aired later on Saturday.

Russia's President Dmitry Medvedev issued a decree on Sept. 22 prohibiting the delivery of the S-300 systems and other weapons to Iran, a move criticised by Tehran.

"We simply documented in the presidential decree what is required from Russia and all of the other states in relation to Iran after the adoption of this new resolution," Lavrov said.

Russian officials had promised not to deliver the S-300's after supporting the U.N. Security Council's fourth round of sanctions against Iran in June for refusing to suspend its uranium enrichment program, which Western powers and other countries suspect is aimed at developing atomic weapons.

Lavrov said Russia and China brought up the issue of Iran at this week's ministerial meeting of the UN Security Council five permanent members and Germany in New York.

"If we work jointly, and if our Western partners are saying all the time that it is necessary to maintain a consolidated position on Iran, we need to decide whether we will have a consolidated position on all issues... but if something cannot be achieved, individual states will do it beyond agreements reached with the Security Council," Interfax cites Lavrov as saying.