Andrei Stenin was the fourth Russian journalist killed in the conflict between Kiev and pro-Russian separatists in eastern Ukraine and had been missing since early August. 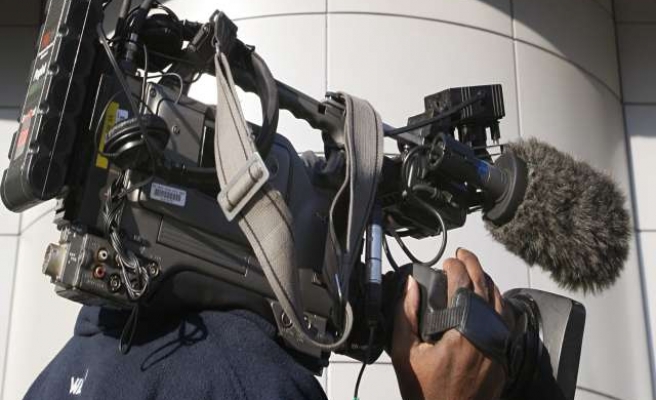 The Russian Foreign Ministry accused Ukrainian forces on Wednesday of responsibility for the "barbarous" killing of a Russian photojournalist and demanded an investigation.

Andrei Stenin, 33, was confirmed dead earlier on Wednesday by his employers, state-run Rossiya Segodnya, or Russia Today, and by Russia's Investigative Committee.

He was the fourth Russian journalist killed in the conflict between Kiev and pro-Russian separatists in eastern Ukraine and had been missing since early August.

The Investigative Committee said in a statement it believed Stenin was killed on Aug. 6 while travelling with a convoy of refugees that was fired on by Ukrainian tanks close to the town of Snizhne in the Donetsk region.

"He did everything so that people, the whole world, knew the truth about the tragic events in Donetsk," President Vladimir Putin said in a letter of condolence to Stenin's mother published on the Kremlin website.

The Foreign Ministry issued a statement citing evidence from Rossiya Segodnya that suggested "this is yet another barbarous crime committed by the Ukrainian military and National Guard" and demanding an impartial investigation.

The Organization for Security and Cooperation in Europe(OSCE), a security and rights group, said it was appalled to hear of Stenin's death and also called for an investigation.

A senior Ukrainian Interior Ministry official, Anton Gerashchenko, said an investigation would not be possible until the Ukrainian authorities had access to the area where Stenin was killed.

"Without access to the body, without specifying how he died, we will not be able to conduct such an investigation," Gerashchenko told Ukrainian television channel 112.

In addition to the Russian journalists killed covering the fighting between Kiev and pro-Russian rebels in east Ukraine, an Italian journalist was killed in May.