Lavrov's comments, after a meeting of the Council of Europe human rights organisation in Vienna, suggested Moscow could be preparing a reason to question the legitimacy of the May 25 election 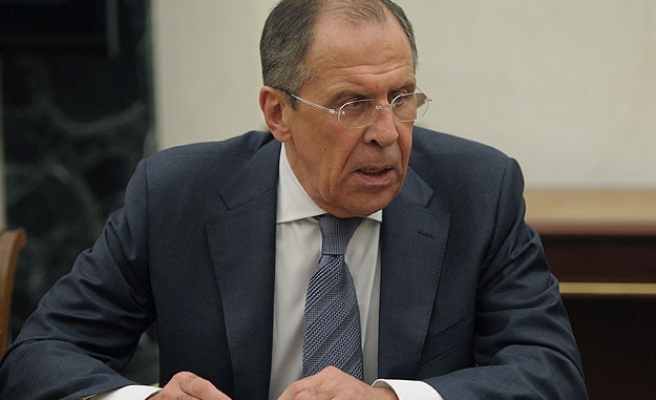 Russian Foreign Minister Sergei Lavrov said on Tuesday it would be "unusual" to hold a presidential election in Ukraine while the army was being deployed against Ukrainians.

Lavrov's comments, after a meeting of the Council of Europe human rights organisation in Vienna, suggested Moscow could be preparing a reason to question the legitimacy of the May 25 election if it is unhappy with the outcome.

"Holding elections at a time when the army is deployed against part of the population is quite unusual," he told a news conference in response to a question about whether Moscow would recognise the vote. "We will see how this process ends."

Russia annexed the Crimea region from Ukraine in March and does not recognise the government that took power in February after Ukraine's pro-Moscow president was ousted.

The West accuses Moscow of trying to destabilise its fellow former Soviet republic by fomenting separatist unrest in the Russian-speaking east, which could also be used by Russia as possible grounds to withhold recognition of the election.

Russia denies the accusations and says the West and the new, pro-Europe authorities in Kiev have aggravated the crisis.

Asked about a German proposal to hold a second international meeting on Ukraine, Lavrov said the agreements reached during the first round of talks in Geneva had still not been implemented.

"Meeting in the same format, when the opposition to the current Ukrainian regime will be absent at the negotiating table, would hardly add (anything)," he said.

"One could possibly do it but we would be going round in circles, again saying that one needs to carry out what we had agreed on. And it's the Ukrainians who should deliver, both the regime and those opposing it."