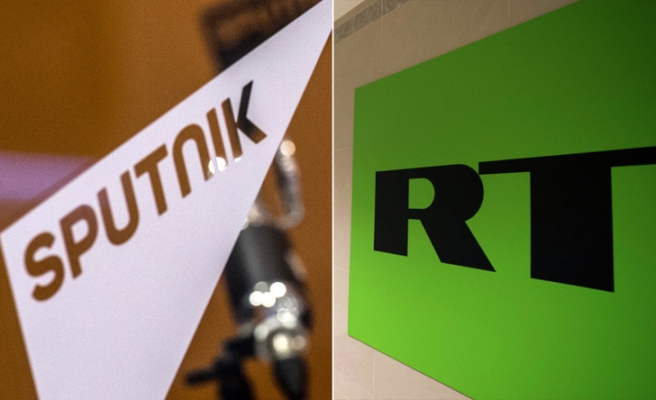 "We regret this, first of all, because the company is most probably, strongly prejudiced against our media," Kremlin spokesman Dmitry Peskov was quoted as saying by Russia's official TASS news agency.

Twitter said on Thursday that Russia Today (RT) and Sputnik, a television channel and news agency respectively, attempted to interfere in last year's U.S. presidential election on behalf of the Russian government.

Peskov said that Twitter created a "precedent of unequal treatment towards its clients".

He said he hoped that Twitter will understand these media outlets did not interfere in the electoral processes in the U.S. or any other country, according to TASS.

Twitter said in a statement: "Early this year, the U.S. intelligence community named RT and Sputnik as implementing state-sponsored Russian efforts to interfere with and disrupt the 2016 presidential election, which is not something we want on Twitter."

The company also noted that it would donate all the $1.9 million in earnings from RT advertisements since 2011 to research for elections.

RT is estimated to have spent $274,100 in U.S.-based advertising last year alone, the statement noted.

The social media firm announced on Sept. 28 that it had found a total of 201 accounts on its platform tied to Russian-linked sources that bought advertisements on Facebook during last year's U.S. presidential election.

Representatives from Twitter, along with Facebook and Google, are scheduled to testify before the U.S. Senate Intelligence Committee next week about how Russian-linked sources might have used their platforms to interfere in the 2016 U.S. presidential election.