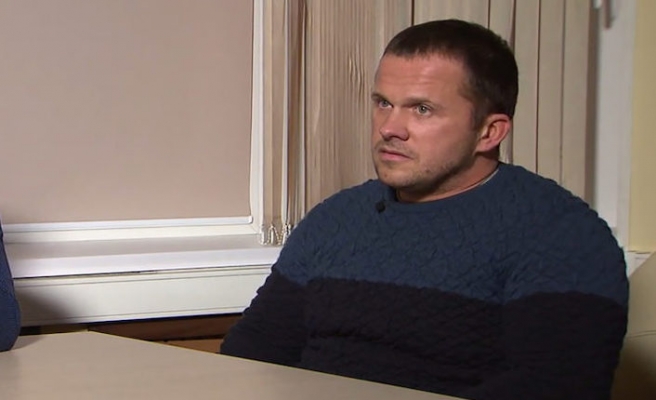 The Bellingcat investigative website, which claims to have unmasked the true identities of two suspects in the Salisbury poisoning case, is an instrument of the British deep state and not the media, Russia’s ambassador to London said Friday.

At a press conference at the Russian embassy, Alexander Yakovenko dismissed the website’s claims that Anatoliy Chepiga and Alexander Mishkin are two highly-decorated officers from the Russian military intelligence agency GRU.

The suspects had been originally identified by UK authorities by the aliases Ruslan Boshirov and Alexander Petrov.

The investigative website revealed the true identity of the second suspect, whose full name is Alexander Yevgenyevich Mishkin, on Monday.

In the period 2011-2018, Mishkin traveled extensively under his alias, according to Bellingcat's report.

The Bellingcat website and its Russian partner organization the Insider claimed that Mishkin is a military doctor in the GRU.

Bellingcat said the identification process “included multiple open sources, testimony from people familiar with the person, as well as copies of personally identifying documents, including a scanned copy of his passport”.

In September, the website identified the first suspect, Anatoliy Chepiga, as a GRU colonel and recipient of the Hero of the Russian Federation award -- Russia’s highest state award.

The UK’s Crown Prosecution Service in September said ‘Boshirov’ and ‘Petrov’ were wanted for conspiracy to murder Sergei Skripal and the attempted murder of his daughter Yulia and police officer Nick Bailey in March using the banned nerve agent called novichok.

In an interview with Margarita Simonyan, editor-in-chief of Russian TV outlet RT, the men confirmed they were the people identified by UK investigators but claimed they were coincidentally in Salisbury at the time as tourists.

“The government is clear these men are officers of the Russian military intelligence service -- the GRU -- who used a devastatingly toxic, illegal chemical weapon on the streets of our country.”

Sergei Skripal and his daughter were admitted to a hospital after being found unconscious on March 4 in the English city of Salisbury. They have both since been discharged.

Police officer Bailey, who was among the first to respond to the incident, also received treatment after being poisoned.

Sergei Skripal was granted refuge in the UK following a 2010 spy exchange between the U.S. and Russia. Before the exchange, he had been serving a 13-year prison term for leaking information to British intelligence.

In an incident in Amesbury that British authorities say involved the same nerve agent, a woman died and a man fell seriously ill.

The Metropolitan Police are conducting a murder investigation into the death of Sturgess.

Yakovenko also said relations between the UK and Russia are “very low”, accusing the British government of not cooperating with Russia in investigations of the Salisbury incident or in the murder case of Nikolai Glushkov, the former deputy director of Russian state airline Aeroflot who was found dead in a London apartment in March.

Yakovenko also denied any Russian involvement in the Salisbury poisoning or the attempted hacking of computers of the Organisation for the Prohibition of Chemical Weapons (OPCW) at The Hague.

“It is a well-rehearsed line of attack.”

He also said the four Russian spies extradited from the Netherlands after being caught allegedly trying to hack the OPCW’s computers were actually just Russian embassy communications and IT systems workers.

"They came to the Netherlands with a routine mission to the embassy to support technically the embassy and to check the communications line of the embassy for security reasons," he said.