The Kremlin emphasised what it said was a "high turnout by the population, despite attempts to disrupt the vote". 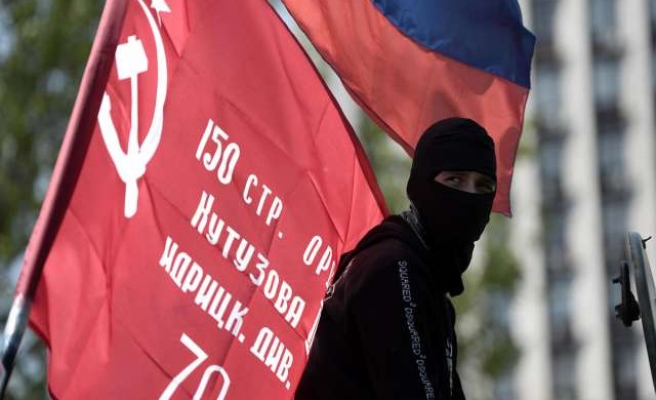 Russia said on Monday it respected the outcome of a referendum on self-rule in two east Ukrainian regions and that the results should be implemented peacefully.

Pro-Russian rebels declared a landslide victory in Sunday's referendum held in Ukraine's Donetsk and Luhansk regions. The Ukrainian authorities dismissed the vote as a farce and the European Union criticised the referendum.

"In Moscow, we respect the will of the people of the Donetsk and Luhansk regions and are counting on practical implementation of the outcome of the referendum in a civilised manner, without any repeat of violence and through dialogue," the Kremlin said in a statement.

President Vladimir Putin, who distanced himself from the vote last week by calling on separatists to delay it, has not commented on the referendum which was held as fighting flared in the region bringing Ukraine closer towards possible civil war.

The Kremlin emphasised what it said was a "high turnout by the population, despite attempts to disrupt the vote".

"We condemn the use of force, including of heavy weapons against civilians," it also said in the statement.

Some pro-Russian voters saw Sunday's vote as a move toward eventual union with Russia. Moscow denies any ambition to absorb Ukraine's mainly Russian-speaking east, an industrial hub, into the Russian Federation following its annexation of the Black Sea peninsula of Crimea after a referendum in March.

The Kremlin statement did not give details of any plans to act on the results of the referendum.

Russian Foreign Minister Sergei Lavrov also said on Monday there were no new international talks planned for now on Ukraine and that progress in de-escalating the crisis was possible only if the rival sides in Ukraine held direct talks.

Lavrov, speaking at a joint news conference with Uganda's foreign minister in Moscow, also reiterated the Kremlin's position that Russia respected the outcome of the self-rule referendum held on Sunday in Ukraine's east.