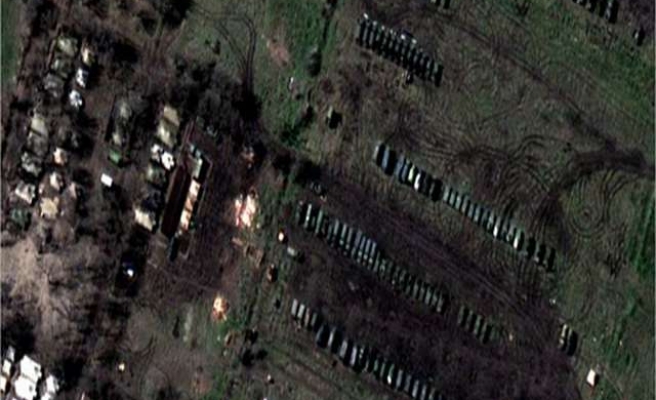 Russian military units on Wednesday conducted drills to rehearse for a parade in the southwestern Rostov region, which borders Ukraine, a spokesman for Russia's southern military district said.

The spokesman had earlier said that the units in Rostov region were conducting exercises.