Security chief Viktor Zolotov, an ally of President Vladimir Putin, is seeking one million rubles ($15,000) in damages in a suit to "defend his honour, his dignity and his professional reputation", his lawyer said. 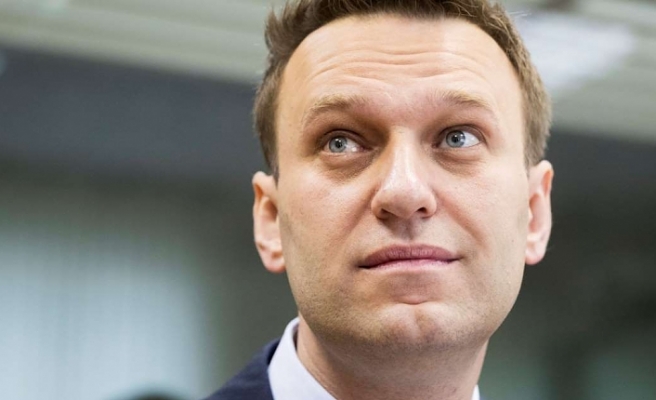 The head of Russia's National Guard filed a lawsuit Tuesday against opposition chief Alexei Navalny, who he once challenged to a duel over corruption claims.

"Over the course of two or three months, Navalny has put out several internet posts, including videos, accusing General Zolotov of pillaging the National Guard," lawyer Shota Gorgadze told AFP.

"As a result people have been given a false impression of Zolotov."

Navalny released a video in August addressed to the rank-and-file of the National Guard, the agency tasked with dispersing Russian protests.

He alleged that National Guard leadership "literally takes food out of your mouth for profit", claiming the agency purchases poor quality food at inflated prices.

Zolotov fiercely denied the allegations and, in a bombastic video after the claims were first made, challenged Navalny to a duel and promised to turn the opposition chief into "steak".

"Yesterday the FSB (security service) confirmed the results of our investigation and said the National Guard food-purchasing contract was 'potentially subject to corruption'.

"Today, the head of the National Guard files suit against me. Why not against the FSB? Fine then, I'll say it all in court," Navalny wrote on Twitter.

Russian media reported on Monday that the Federal Anti-Monopoly Service had received a request from the FSB to investigate possible violations in the National Guard's food purchasing programme.

Navalny, a 42-year-old Yale-educated lawyer, has for years investigated suspected corruption by top officials, at times making allegations which have drawn thousands of people into the streets.