Moscow retaliates for Germany’s expulsion of a Russian diplomat for alleged espionage activities. 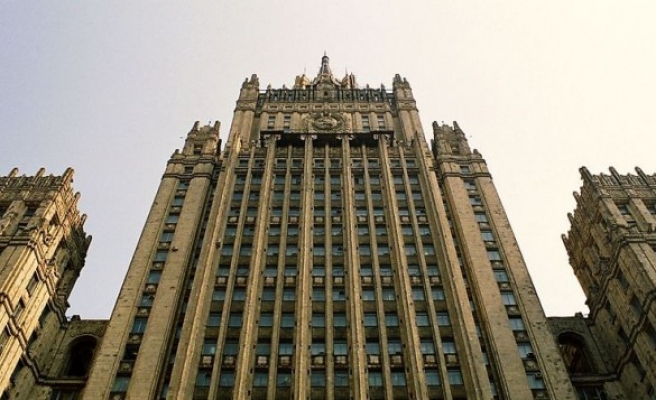 Russia has sent back a German diplomat in retaliation for the expulsion of a Russian diplomat by Germany, officials said on Saturday.

“An employee of our embassy in Moscow has left the country following a retaliatory measure by the Russian authorities,” a German government official told The Anadolu Agency on condition of anonymity.

“We regret this unjustified action, and have conveyed this to the Russian government,” he said.

German diplomatic sources confirmed that Moscow’s move came after a Russian diplomat at the general consulate of the Russian Federation in the former capital of Bonn was asked to leave Germany.

The German diplomat, a woman, worked at the German embassy in Moscow. The Russian diplomat concerned had been under observation by Germany's anti-espionage agency, the Office of the Protection of the Constitution, for several months, Der Spiegel said.

It noted that other comparable cases of diplomats being expelled in the recent past had not led to retaliation.

According to the German sources, months of investigation by the German counter-intelligence unit revealed that the Russian official was carrying out espionage activities.

German officials objected that Russia’s move was unjustified as the German diplomat was asked to leave without any justification being provided.

The recent row has further strained relations between Germany and Russia, already tense due to the ongoing dispute about the conflict in Ukraine.

Germany is making intensive diplomatic efforts for a political solution to the Ukrainian conflict, and Foreign Minister Frank-Walter Steinmeier was planning to visit Kiev and Moscow on Tuesday.

In July, Germany told the CIA station chief in Berlin to leave the country in response to questions raised about U.S. intelligence activity in Germany, including the discovery of a suspected U.S. spy in the Defence Ministry.