A suicide bomber set off a powerful blast near a busy market in North Caucasus, killing at least 15 people and wounding dozens, authorities said. 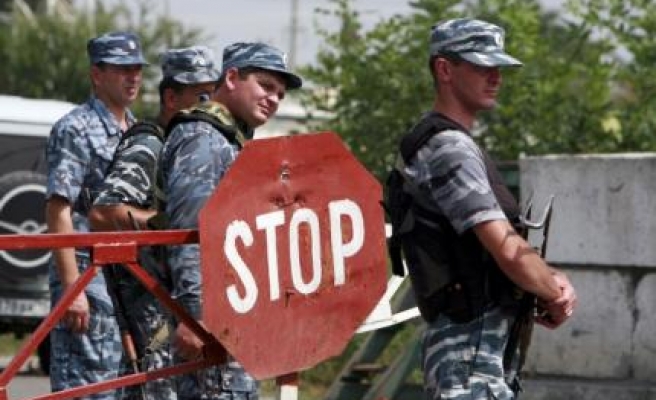 A suicide bomber set off a powerful blast near a busy market in North Caucasus on Thursday, killing at least 15 people and wounding dozens, authorities said.

An attacker detonated a bomb packed with metal bars, bolts and ball bearings in a car outside the entrance to the market in Vladikavkaz, capital of North Ossetia province, the Russian prosecutor general's Investigative Committee said.

A Reuters witness saw at least five bloodied bodies lying among scattered vegetables and shattered glass near the market entrance, around 10 meters from a burning car. "Where is the ambulance?" a woman said, sobbing.

Car alarms wailed as firefighters doused the flames from a car that was mangled from the explosion. People used pieces of wood as makeshift stretchers for the wounded.

The bombing in mostly Orthodox Christian North Ossetia is a fresh blow to the Kremlin.

The attack came after an Muslim website said a fire that knocked a hydroelectric power plant in Dagestan out of commission this week was caused by bombs planted by rebels. Nobody was hurt at the plant and supplies were not affected, officials said.

Taimuraz Mamsurov, North Ossetia's top official, said a headless body was found in the wrecked car, ITAR-TASS reported. He said the car was passing the market entrance when it exploded, but the Investigative Committee said it was parked.

The bomb was the equivalent of 30-40 kg of TNT, the Investigative Committee said. It said at least 15 people were killed and 77 wounded.

At least 50 people were killed in a bomb blast at the same market in 1999, the year the Kremlin launched its second war against Chechnya folowing declaration of independence from Russian rule.