Russia throws rights accusations back at U.S. with Ferguson unrest

Russian Foreign Ministry said the United States should "focus on large-scale domestic problems with safeguarding human rights" rather than preach to others. 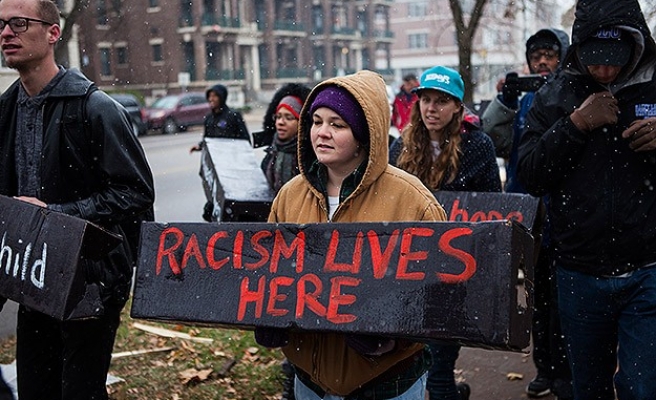 Russia pointed on Wednesday to rioting in Ferguson and protests across the United States as evidence that its detractors in Washington were hypocrites and in no position to lecture Moscow on human rights.

Issuing two statements on the unrest in just one day, the Russian Foreign Ministry said the United States should "focus on large-scale domestic problems with safeguarding human rights" rather than preach to others.

"Such a massive explosion of public indignation and the disproportionate reaction of law enforcement bodies confirm again that this is no isolated incident but a systemic flaw in American democracy, which has failed to overcome a deep racial split, discrimination and inequality," the ministry said.

U.S. authorities said on Wednesday police had arrested scores of people in numerous cities who were protesting a decision not to indict a white police officer for killing an unarmed black teenager in Ferguson.

Ties between Russia and the United States took a dive over the past year, with Washington accusing Moscow of destabilising Ukraine. The United States has also repeatedly condemned Russian President Vladimir Putin of suppressing political dissent.