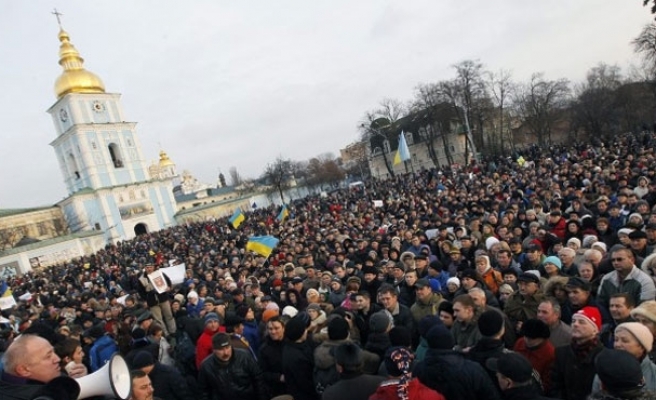 Russian economy minister Alexei Ulyukayev said on Monday the next $2 billion bailout installment for Ukraine is "ready to go" and that Moscow was waiting for the formation of a new government after the ouster of Russian-backed president Viktor Yanukovich.

"Our position is, we are going to continue with that. But we would like to know, who are our partners?" Ulyukayev said during an event at the U.S. Chamber of Commerce in Washington.

"And what (is) the program of the interim (government)? What is the program?," he added, speaking about the economic plans of the government led by Oleksander Turchinov, who has been named acting president of Ukraine.

Russia has purchased $3 billion in Ukrainian eurobonds out of $15 billion bailout package pledged in December after Kiev spurned a trade deal with the European Union in favor of closer ties with Moscow. The money was supposed to support Ukraine's dire budget situation, but Yanukovich's removal deal.

Weeks of protests culminated last week in the killing of demonstrators by police snipers and prompted Ukraine's parliament to strip Yanukovich of his powers over the weekend, effectively toppling his government.

The new authorities on Monday issued an arrest for mass murder against Yanukovich, who is on the run.

The EU has contacted the United States, Japan, China, Canada and Turkey to coordinate aid for Ukraine, according to a senior EU official. France's foreign minister said an international donors' conference was being discussed.

Ulyukayev said Russia never sought to interfere in Ukraine's relations with other countries, but he expressed worries that a Ukrainian trade agreement with the EU could have negative repercussions for Russia.

"We were never against their relationships with the European Union, for instance," he said on Monday. "We just explained ... if we will see some negative results for us, we will protect ourselves. Not more."