Russia to abide by arms reduction treaty with U.S. 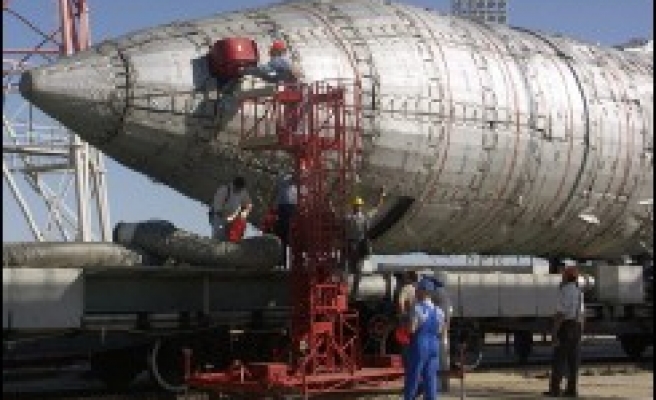 Russia will abide by a 2010 strategic arms reduction treaty with the United States despite their differences over the crisis in Ukraine, Deputy Foreign Minister Sergei Ryabkov was quoted as saying on Tuesday.

Signing the Strategic Arms Reduction Treaty (START) in 2010 as part of a general improvement in bilateral ties with Moscow was hailed in Washington as a major success for President Barack Obama.

But relations between Russia and the United States have since soured over the war in Syria, with both sides pulling out of various forums of cooperation, and are now at their lowest since the Cold War due to the crisis in Ukraine.

In March, Russian news agencies quoted a source as saying the Defence Ministry was considering suspending on-site inspections under START.

However, Ryabkov told RIA Novosti news agency, "There are no reasons today not to fulfil the treaty."

In the latest version of the treaty, originally agreed in 1991, the United States and Russia pledged to cap their deployed strategic nuclear warheads to 1,550 each and limit the numbers of strategic nuclear missile launchers to 800 by 2018.

The treaty allows each side to conduct 18 on-site inspections per year in the other country.

Ryabkov also reiterated Moscow's accusations that Washington was aggravating the crisis in Ukraine and said Russia was trying to ease tensions in the former Soviet republic.

The weekend release of international military observers held by pro-Moscow separatists in Ukraine's east was an example of Russia's constructive approach, he told RIA, adding it would not have happened without President Vladimir Putin's mediation.

"(But) our partners, instead of taking concrete steps and practical measures, limit themselves to tarring Russia. We are constantly hearing statements on sanctions. That does not help things," he said.

The United States and the European Union have imposed sanctions on Russia over Ukraine where the West believes Moscow is fomenting separatist unrest - a charge Moscow denies.