The system is designed to take on a variety of targets flying at low level, including cruise missiles and aircraft, and can effectively engage targets at up to 20 kilometers. 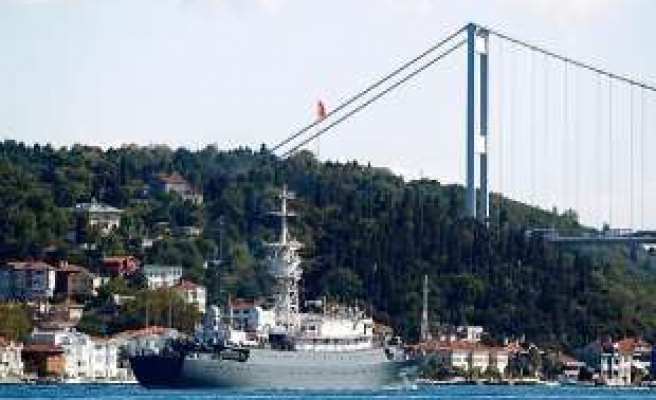 A naval variant of the Pantsir short-range air defense system will enter service with the Russian Navy in about two years, one of the system’s developers said Wednesday.

“The Defense Ministry showed great interest in the naval variant of the Pantsir. It has been decided that several destroyers and other large warships will be modernized to accommodate the system,” said Dmitry Konoplev, managing director of the KBP Instrument Design Bureau. “I think that it will be done in the near future, in the next year or two,” Konoplev said.

The ground version of the Pantsir is a combined gun-missile air defense system featuring a wheeled vehicle mounting a fire-control radar and electro-optical sensor, two 30-mm cannons and up to a dozen 57E6 radio-command-guided short-range missiles.

The system is designed to take on a variety of targets flying at low level, including cruise missiles and aircraft, and can effectively engage targets at up to 20 kilometers.

A maneuverable track-bearing variant is currently being developed by Russia’s High Precision Weapons corporation, to be put in service with the Russian Ground Forces and Airborne Troops in the near future.

Meanwhile, the High Precision Weapons corporation has started work on the development of a next-generation Pantsir system, expected to be completed in 2017.

“I think we will see a completely new Pantsir in about three years. Its technical characteristics will be absolutely superior to those that the existing system has,” the company’s general director, Alexander Denisov, told RIA Novosti.