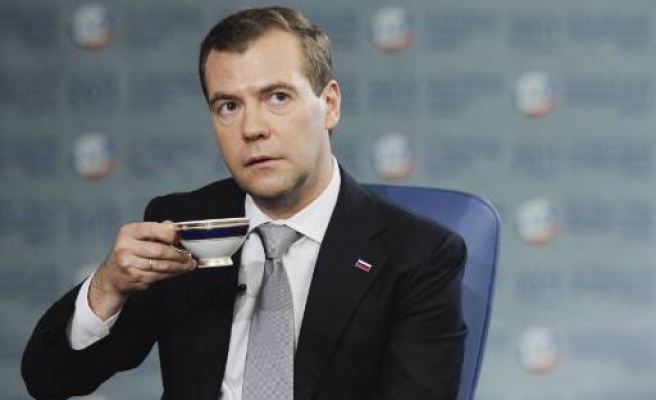 President Dmitry Medvedev set a Dec. 4 date on Monday for a national parliamentary election that will set the stage for Russia's presidential vote next March.

Medvedev signed a decree formally naming the date for the election to the 450-seat State Duma, the lower parliament house, which is dominated by Prime Minister Vladimir Putin's United Russia party.

"I would very much like the makeup of the future Duma to reflect the preferences of the broadest circle of our citizens to the maximum extent possible," Medvedev told party leaders.

The electoral law provides a small window for elections, and the Dec. 4 date had been expected for the vote, which is by party list with no races between individual candidates. Duma members will be elected for five-year terms.

Medvedev's talk of plurality seemed aimed at appealing to Russians who are tired of the primacy of United Russia, which holds a two-thirds Duma majority, large enough to change the constitution, and dominates politics nationwide.

Steered into the presidency in 2008 by Putin, who faced a constitutional bar on a third straight term, Medvedev has loosened electoral laws, making it slightly easier for other parties to field candidates and win seats.

Critics say the changes are cosmetic adjustments designed to appease critics of United Russia while keeping the political system intact.

With opinion polls and regional elections showing flagging support for the 'party of power', Putin established a broad 'People's Front' earlier this year in a bid to improve its chances in the parliamentary vote.

Putin has hinted he is trying to decide whether to run for a return to the presidency in March or endorse his protege Medvedev for a second term. Analysts say he may not make a decision public until after the parliamentary election.