Armenia said it had agreed to extend the lease on a Russian military base in the South Caucasus country until 2044. 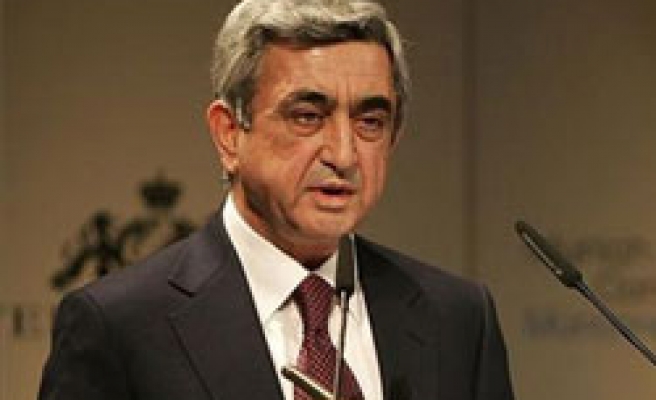 Armenia said on Wednesday it had agreed to extend the lease on a Russian military base in the South Caucasus country until 2044, strengthening Moscow's military presence in the strategic region.

The deal will be signed during a visit to Yerevan by Russian President Dmitry Medvedev on Thursday and Friday.

It will prolong for decades Russia's military presence in Armenia, its chief strategic and economic ally in a region criss-crossed by pipelines carrying Central Asian and Caspian oil and gas to Europe.

The Russian military also has troops in two breakaway regions of neighbouring Georgia, where it is building up bases in the wake of a five-day war over rebel South Ossetia in 2008.

Russia and Armenia signed a deal in 1995 allowing the Russian base in the town of Gyumri on Armenia's closed western border with Turkey to operate for 25 years. Nalbandian said the changes would extend that deal to 49 years from 1995.

He said the deal would spell out that the Russian base would help secure the landlocked country of 3.2 million people.

"And in realising those goals, the Russian side will assist in providing Armenia with weapons and modern military equipment," Nalbandian said. Some in the Armenian opposition have complained the deal undermines the country's independence.

Russia has several thousand soldiers in Gyumri, who help patrol Armenia's western border with NATO-member Turkey. Ankara closed the frontier in 1993 in solidarity with close Muslim ally Azerbaijan during the war over Nagorno-Karabakh.

Armenian backing troops captured NAgorno-Karabakh, killing hundreds of thousands people. A ceasefire was agreed in 1994 but a peace deal has never been agreed and Azerbaijan frequently threatens to take the territory back by force.

Although it has traditionally enjoyed close relations with Armenia, Russia has sought in recent years to develop ties with Azerbaijan as it vies with the West for access to energy reserves in the Caspian Sea.