Russia to take part in 'Friends of Libya' meeting

Russia will take part in a French-hosted "Friends of Libya" conference on Thursday and seek to uphold its interests in the North African nation, President Dmitry Medvedev's Africa envoy said on Wednesday. 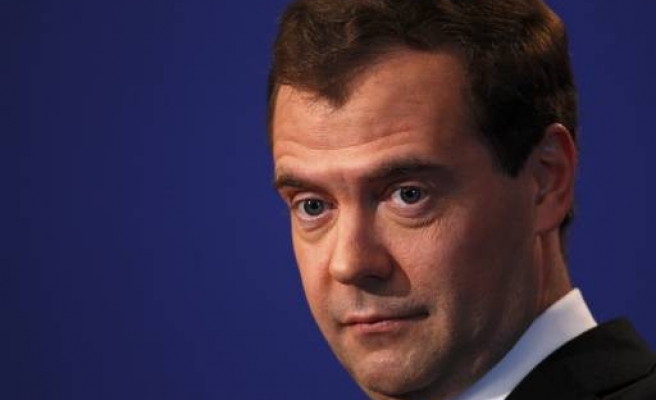 Russia will take part in a French-hosted "Friends of Libya" conference on Thursday and seek to uphold its interests in the North African nation, President Dmitry Medvedev's Africa envoy said on Wednesday.

"At the president's instruction, Russia will participate in the conference on Libya," Mikhail Margelov said in comments confirmed by his spokeswoman, Varvara Paal. "Our country was one of the first to be invited to this forum."

Margelov will represent Russia at the conference in Paris, where members of a Western-led contact group on Libya and others will discuss support for the political and economic rebuilding of the war-torn state.

Russia has criticised the contact group, and Margelov reiterated Moscow's insistence that the U.N. Security Council, in which it holds veto power as permanent member, "must play the key role" in discussions of postwar rebuilding.

But he made clear that Russia, which had billions of dollars worth of arms, energy and infrastructure deals with Libya under longtime ruler Muammar Gaddafi, does not want to lose out from a change of power in the oil-producing nation.

"We intend to present our view of the process of creating a new statehood in this country, and we also intend to exert some influence on the process and uphold Russian economic and other intersects in Libya," he said.

Russia allowed Western military intervention in Libya when it abstained from a Security Council resolution vote in March, but has accused NATO forces carrying out air strikes of overstepping their mandate to protect civilians.

Medvedev has joined Western nations in urging Gaddafi to give up power. Unlike the United States and other Western nation, however, Russia has not recognised the National Transitional Council as the legitimate Libyan authorities.