Russia: Ukraine leadership must be in good shape

Ukraine leadership must be in "good shape" for ties, says Russian PM Medvedev. 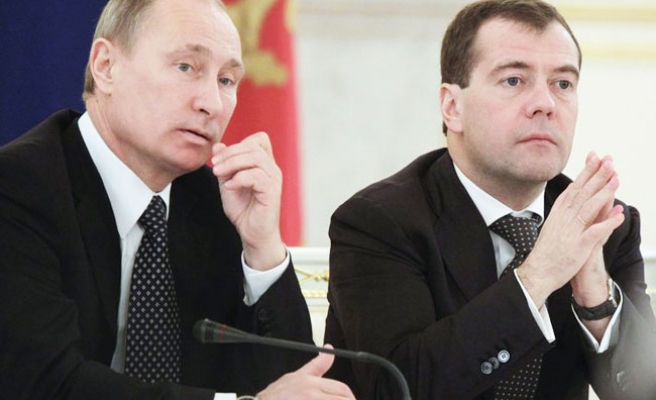 Prime Minister Dmitry Medvedev said on Thursday Russia could only have fully-fledged bilateral relations with Ukraine when its legitimate leadership was in "good shape", Interfax news agency reported.

"We will continue to cooperate with our Ukrainian partners in all areas, we will try to do everything to fulfil those promises which we gave. But at the same time for this to happen it is necessary for our partners themselves to be in good shape and for the authorities in Ukraine to be legitimate and effective," he was quoted as saying.

Three European Union foreign ministers were in talks with Ukrainian President Viktor Yanukovich on Thursday and have not left the country as previously reported by diplomatic sources, other diplomats said.

"They are meeting him now," one diplomat said.

The three ministers - from Poland, Germany and France - were seeing Yanukovich in efforts to promote a political resolution to the crisis convulsing the country, now in its third month.