Russian foreign minister said a U.N. resolution on humanitarian aid access in Syria could be agreed in days. 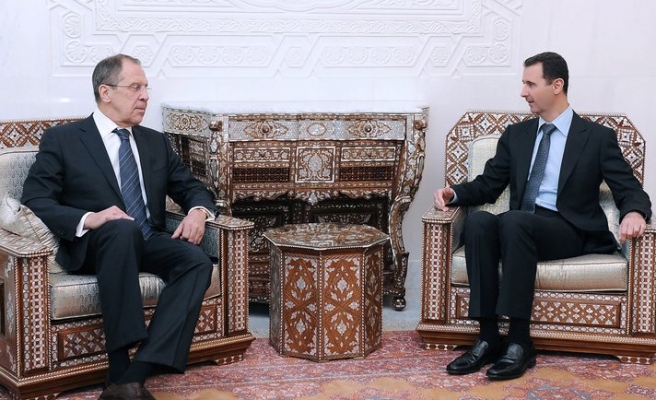 Russian Foreign Minister Sergei Lavrov said on Wednesday a U.N. resolution on humanitarian aid access in Syria could be agreed in days if Security Council members do not try to "politicise" the issue, Interfax news agency reported.

Moscow criticised a Western-Arab draft resolution and proposed its own text as well as another one that would condemn acts of "terrorism" in civil war-torn Syria, saying it was ready for negotiations in the council.

"If nobody in the Security Council seeks to politicise this issue, to promote one-sided approaches, I am convinced we will be able to reach an agreement in the coming days," Lavrov told a meeting of Gulf states in Kuwait, Interfax reported.

Russia has been the most prominent international supporter of Syrian President Bashar al-Assad during a three-year-old conflict that an opposition monitoring group says has killed more than 136,000 people.

Moscow dismissed the Western-Arab text as an unjust attempt to put the blame solely on Damascus for the humanitarian crisis in Syria, where the United Nations say some 9.3 million people, or nearly half of the country's population, need help.

That draft has been merged with the Russian text but the council is still trying to find common ground on central points, including a threat of targeted sanctions and cross-border aid access, diplomats said on Tuesday.

Lavrov said on Monday that Russia, a permanent Security Council member with veto power, would not let the world body adopt a resolution allowing aid convoys to enter Syria without the consent of theDamascus government.

Russia, along with China, has vetoed three Western-backed resolutions aimed at increasing pressure on Assad. A revolt against his family's 44-year-old rule began in March 2011.