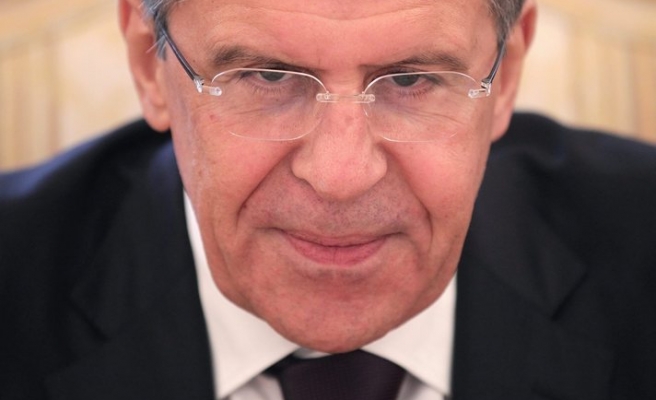 Russian Foreign Minister Sergei Lavrov called on Europe's democracy watchdog, the Organisation for Security and Cooperation in Europe, to condemn the rise of "nationalist and neo-fascist" sentiment in western Ukraine.

In a foreign ministry statement on Wednesday, Lavrov said the OSCE should condemn attempts by nationalists to ban the Russian language in Ukraine, the latest expression of anger from Moscow over a move by Kiev to restore Ukrainian as the obligatory national language in official documents.

The overthrow at the weekend of President Viktor Yanukovich has revived fears that the former Soviet state of 46 million might split along the faultline that divides its pro-Western and pro-Russian regions.

"Lavrov called on the OSCE to decisively condemn the rise of nationalist and neo-fascist sentiment in the west of the country," the ministry said in a statement.

Lavrov, who met OSCE Secretary General Lamberto Zannier on Tuesday, said the organisation should also condemn moves to ban the Russian language and to turn the "Russian-speaking population into 'non-citizens'".

Since Yanukovich was overthrown by protesters, Russia has become increasingly concerned by swift moves by Ukraine's parliament to assert its independence from Russia.

Moscow argues that moves to restore Ukrainian as the official language would penalise Russian-speakers in the east and the south and has characterised the protesters as "extremists" who have stolen power.

On Wednesday, the little-known International Assembly of Russian Compatriots, which lobbies for the Russian diaspora, said Ukrainian leaders who "constantly declare their commitment to European values" are "violating the basic norms of EU legislation".