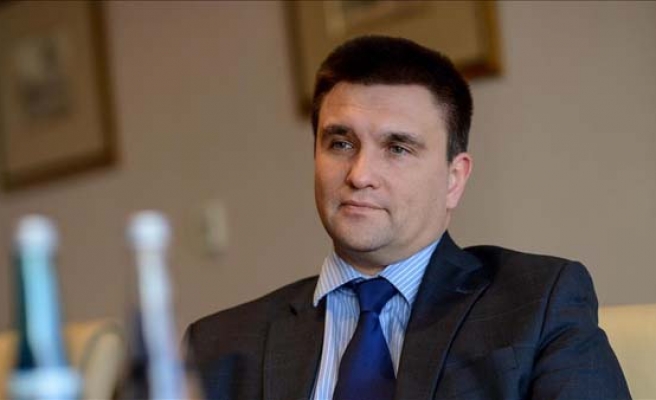 Russia hopes to distract from its actions in Ukraine through its air campaign in Syria, Ukraine’s foreign minister has said.

Pavlo Klimkin was speaking at London’s Chatham House on Wednesday evening, nearly a year after Ukraine and Russia concluded a cease-fire agreement known as the Minsk II agreement.

“The whole Middle East exercise -- in my reading -- is a way for Russia, for [Russian President Vladimir] Putin to get back as a player in his way into the international jigsaw,” said Klimkin.

Asked about Russia’s decision to intervene in support of Syrian President Bashar al-Assad, Klimkin said: “For Putin it was important at that time to divert attention from what was going on in Donbass, in the sense of shifting international attention away from Donbass.”

But he said Russia was using the Donbass region to destabilize Ukraine: “They do need Donbass for destabilizing and, through Donbass, destabilizing Ukraine, because for them it’s a sort of intrinsic challenge.

“An intrinsic challenge in the sense that Ukraine could become [a] united, democratic and European country, and it’s a sort of horror scenario for Putin to have a Slavic country going down the way to European Union, creating democratic institutions,” he added.

Klimkin said there was a need for “free and fair” elections in the Donbass region, but that the circumstances on the ground made it difficult to prepare for them.

“Can you imagine any kind of free and fair elections when thousands, literally thousands of people, [are prowling] around with Kalashnikovs?” he told the audience.