Russia will boycott Davos if oligarchs kept out

Several Russian oligarchs and allies of President Vladimir Putin have reportedly been asked to stay away from the World Economic Forum meet at the Swiss resort in January. 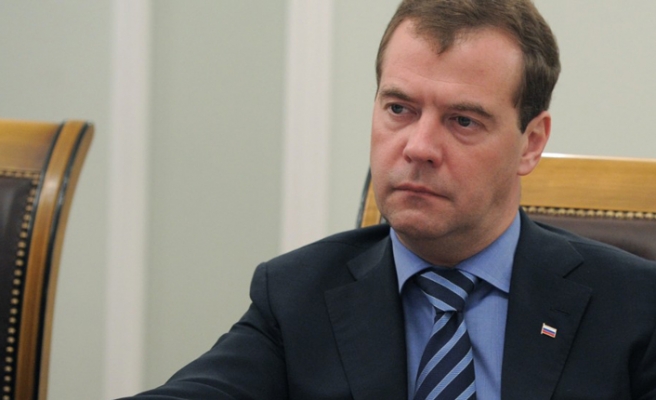 Russian Prime Minister Dmitry Medvedev warned  on Tuesday that no delegation from his country would go to the Davos World Economic Forum if top tycoons including Oleg Deripaska were kept out of the prestigious gathering.

"If all these decisions that have been taken in relation to Russian business representatives are not changed, then we will have to take a decision regarding the cancellation of participation in the Davos forum of state employees and Russian companies where the state has a stake," Medvedev said.

"Then no one would go there," he said in televised remarks. "Let's wait and see."

Speaking on the sidelines of Italian-sponsored Libya crisis talks in Sicily, the Russian prime minister described the decision to bar certain Russians from Davos as "very strange".

Medvedev said he had discussed the situation with Swiss President Alain Berset, who he said had promised to look into the issue.

"I said this came as a surprise to us," Medvedev said.

"He said he would make inquiries."

Medvedev's threat to snub the forum comes as Russia's international isolation deepens following several rounds of Western sanctions over Moscow's role in Ukraine, alleged meddling in US elections and other crises.

The Financial Times reported last week that billionaires Deripaska, Viktor Vekselberg and Andrei Kostin, the head of Russian state bank VTB, had essentially been barred from attending the prestigious gathering in January.

The decision was made under pressure from Washington, the FT said, citing sources familiar with the situation.

The World Economic Forum said last week it had no comment.

The Kremlin has said the Davos forum would be "rejecting its roots" if it blacklisted the Russian billionaires.

"Deripaska, Kostin and Vekselberg became what they are not because of the forum. But the Davos forum became the Davos forum thanks to such businessmen," Kremlin spokesman Dmitry Peskov told reporters last week.

VTB confirmed last week that Kostin "had a conversation" with Klaus Schwab, founder of the World Economic Forum.