"The most important thing is that one does not have a one-sided view of the problem," Putin said in a first brief excerpt of ARD interview 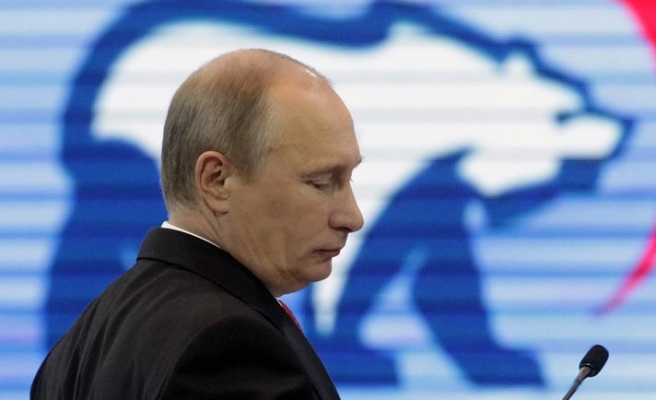 He accused Western media of biased reporting on Ukraine.

"The most important thing is that one does not have a one-sided view of the problem," Putin said in a first brief excerpt of the interview that was broadcast on Saturday amid reports of Russian troops pouring into eastern Ukraine. The full interview will be broadcast on Sunday evening.

"Today there is fighting taking place in the east of Ukraine, the Ukrainian government has deployed troops there," Putin told ARD, which said the interview was conducted on Thursday evening in Vladivostok. "There have even been missiles fired, but is that mentioned? There's not been a word on that.

"That means, that you (Western media) want the Ukrainian government to destroy everything there, including all their political opponents and adversaries. Is that what you want? That's not what we want and we won't allow that to happen."

Ukraine has accused Russia of sending soldiers and weapons to help separatist rebels in eastern Ukraine launch a new offensive in a conflict that has killed more than 4,000 people.

Russia denied it was involved in a recent escalation of military activity in Ukraine, where fighting has claimed more than 4,000 lives, but faced strong rebukes from Western leaders, including U.S. President Barack Obama and Canadian Prime Minister Stephen Harper.

Obama said Russian aggression against Ukraine was a threat to the world, while the European Council demanded Moscow withdraw troops and weapons from the neighbouring nation and put pressure on rebels there to accept a ceasefire.

Ukraine said on Wednesday it was redeploying troops in the east because of fears separatists will launch a new military offensive, despite Russia's denials that it had sent troops to reinforce the rebels.

A ceasefire agreed by the pro-Russian rebels and government forces more than two months ago is now all but dead, and Western fears of a return to all-out conflict are growing.

The United States and the European Union started imposing economic sanctions on Moscow in response to Russia's seizure of the Crimean peninsula from Ukraine in March, a month after the overthrow of a Moscow-backed president in Kiev.