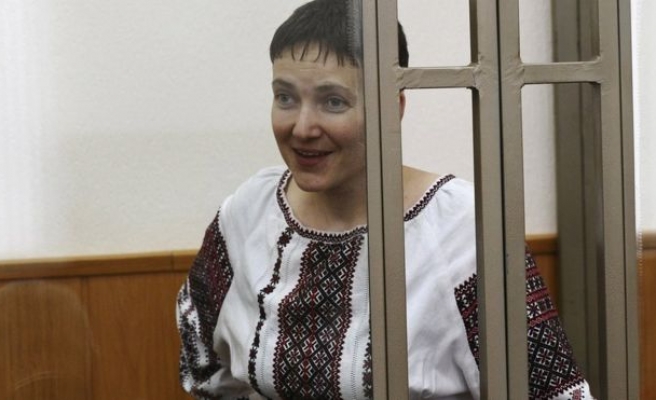 A Russian court on Tuesday sentenced Ukrainian military pilot Nadiya Savchenko to 22 years behind bars after she was found guilty of involvement in the killing of two journalists in eastern Ukraine.

The court found Savchenko "guilty on all counts" and sentenced her to 22 years in prison and a 30,000-ruble ($440) fine at the end of a trial that has been slammed by the West and Kyiv as a political farce.

The 34-year-old army helicopter aviator reacted by shouting in Ukrainian and singing the Ukrainian national anthem.

Savchenko's lawyers have said she would not appeal the verdict given her distrust of the Russian legal system.

But lawyer Mark Feigin said her defence team has launched a number of "international procedures" for her release through UN apparatus.

The EU and Washington have repeatedly urged Moscow to release Savchenko, while Kyiv meanwhile has been pushing for a prisoner swap with Russia.

Savchenko was convicted on charges of abetting the deaths of Russian journalists Igor Kornelyuk and Anton Voloshin, who were killed in shelling in June 2014, two months after the start of the pro-Russian separatist uprising in eastern Ukraine.

She was also found guilty of illegally crossing the Ukrainian border into Russia.

Savchenko, who was serving in a volunteer pro-Kyiv battalion at the time, has maintained that she was abducted by pro-Russian rebels before the journalists were killed and then smuggled into Russia.