Lavrov tried to turn the tables following a hail of Western criticism after President Vladimir Putin secured permission from lawmakers to send the military into Ukraine. 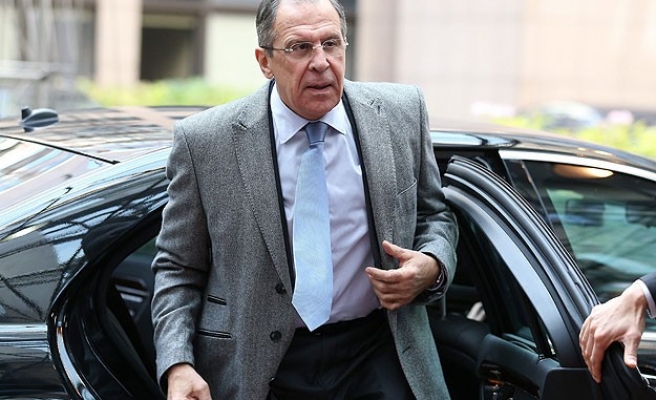 Foreign Minister Sergei Lavrov on Monday rejected accusations that Russia is acting aggressively toward Ukraine and accused the West of putting its own "geopolitical calculations" ahead of the fate of the people in the former Soviet republic.

At a U.N. human rights meeting in Geneva, Lavrov tried to turn the tables following a hail of Western criticism after President Vladimir Putin secured permission from lawmakers to send the military into Ukraine.

"We call for a responsible approach, to put aside geopolitical calculations, and above all to put the interests of the Ukrainian people first," he said on a live feed broadcast to Moscow.

While the Kremlin says Putin has not decided to send troops into Ukraine, Western states say Russian forces have already taken control of Crimea, a Black Sea peninsula with a Russian majority.

Without acknowledging that forces moving around Crimea are Russian, Lavrov repeated Russia's arguments that its actions have been justified by what it says are threats against Russian citizens and Russian-speakers.

"Information is coming in about preparations for new provocations, including against the Black Sea Fleet," Lavrov said, referring to a Russian naval unit based in Crimea. He did not give any further details.

Lavrov also said all sides should stand by a European Union-brokered Feb. 21 peace agreement between now-ousted Ukrainian President Viktor Yanukovich and his foes, which Russia says the opposition and the West have abandoned.