Russian FSB agents have reportedly raided an Islamic school, or madrasa, in Crimea stating that they are lookinf for weapons. 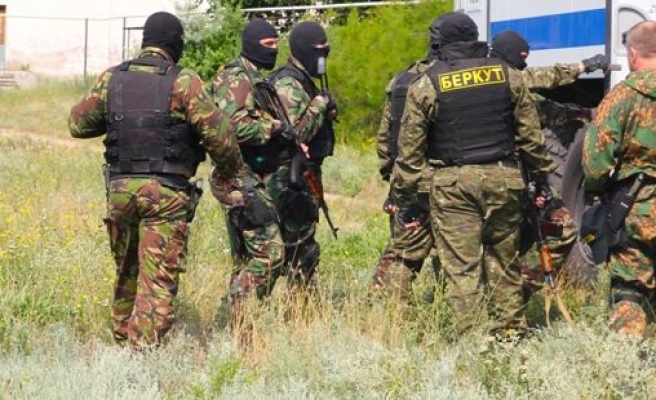 Officers of the Russian Federal Security Service (FSB) raided a madrasa in the Kolchugino village near the Crimean capital Akmescit (Simferopol) on Tuesday.

Head master of a local school, Usniye Asanova, told a Crimean Tatar QHA news agency correspondent that phones were confiscated until the search was over.

It was said that some of 20 men had the “Berkut” stripe on their uniforms. Berkut was the special police of the Ukrainian militia within the Ministry of Internal Affairs and was dissolved when the new government held them responsible for nearly 100 civilian deaths during the protests which led to the ousting of former president Viktor Yanukovich.

As a result of the 2014 Crimean crisis and the referendum in Crimea, the Russian Federation granted accession to the Republic of Crimea and Sevastopol as federal subjects of Russia on 21 March 2014. Three days later Russia announced that the Crimean Berkut unit would preserve its name as it incorporates into the Russian Interior Ministry.